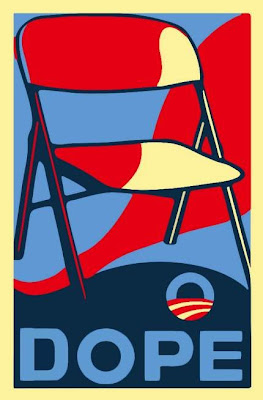 Today is Labor Day. And in celebration of this holiday marking the end of summer – and one which used to mark the beginning of the new school year – conservative bloggers are taking the occasion to celebrate a new twist: Clint Eastwood’s very funny monologue at the Republican Convention last week.

No one knew what Eastwood was going to say: one of the perks of being an icon is that you can get away with not revealing much.

Well, his act was something! According to the Right, it is entering the annals of the 2012 campaign along with “you didn’t build that” and “hopeychangey”; there are lots of others.

The Left dismissed Eastwood as a crazy old man but that’s the best they could do. Given that part of his schtick was exactly that – i.e., playing a man talking to a chair- the complaint was lame.

At any rate, Mr. Eastwood requested this empty chair to be on stage with him, and everyone figured he’d be sitting in it for his five-minute speech. Instead (don’t forget this fellow was a method actor before many of us were born) the chair became the place in which sat an imaginary Barack Obama. And Eastwod proceeded to have a dialogue with the airy BHO for ten minutes, not his allotted five…rank hath its privileges after all.

Yes it was very funny.

So now the call has gone out to the conservative blogosphere: build your own chair. Put it on your lawn, or put it on your blog, but make Labor Day “Empty Chair Monday”.

Thanks to the Baron for his design…

UPDATE:…a design which he adapted for me from one sent to Michelle Malkin by a reader in Oregon. This acknowledgement would have been here when the post was first published (~ 2:00 a.m.) but Blooger ate it, not once but twice… make that three times. I gave up and went to bed – unable to either remove the unfinished post or to edit it.

Perhaps we should ask for our money back?

8 thoughts on “Labor Day and The EMPTY Chair”