In the wake of last Saturday’s fiasco in Walthamstow, Paul Weston, the Chairman of British Freedom, has written the following letter to Prime Minister David Cameron. 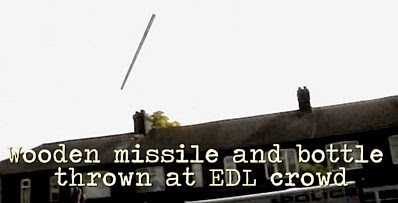 I find it very disturbing that as a founding signatory of Unite Against Fascism (UAF), you are effectively endorsing totalitarianism and violence.

As you may be aware, the UAF were involved in large scale violence last Saturday in Walthamstow. Their objective was to ensure that Freedom of Assembly and Freedom of Speech were denied to the English Defence League.

In a previous open letter to you — along with fellow Conservative MP Sir Peter Bottomley — I asked if you were aware the UAF had appointed as their Vice-Chair a Mr Azad Ali, a known al-Qaeda sympathiser and anti-Semite. You clearly felt this to be a matter of such little importance it did not warrant a reply.

No matter. I’m sure you have far more pressing matters of national importance to deal with than the trifling issue of Islamic supremacism, but could I ask that you watch the two videos embedded here? Having done so, perhaps you could answer the following questions:

You must forgive my asking these questions, Prime Minister, but I value the democratic freedoms long associated with Great Britain — which I am ashamed to say now seem threatened under your leadership. These freedoms were bequeathed to us via the blood and sacrifice of our immediate ancestors. They are not something you can just casually cast aside.

What happened on Saturday in Walthamstow should never have happened in a country with a valid claim to democracy. It is essential, given the seriousness of the situation, that you find the time to answer the questions posed in this letter.

On a final note, I do hope you will consider dropping your official endorsement of the UAF. Surely you must realise that a British Prime Minister should distance himself from such a violent, anti-Semitic, anti-British and anti-democratic movement which the UAF so obviously is?

So, Prime Minister, what say you?

7 thoughts on “An Open Letter to Prime Minister David Cameron”