Paul Weston has some additional thought about the current “conservative” prime minister of the United Kingdom, David Cameron.

This essay was originally published at the British Freedon website. 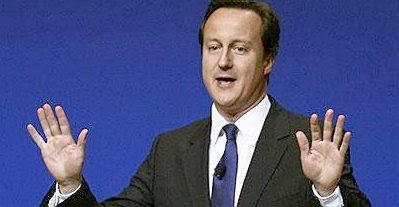 A Small Snapshot of Cameron’s Britain
by Paul Weston

When you watch your country and its historic culture and people being torn asunder before your very eyes, it can lead to dark days where one wonders if anything can realistically be done to stop the ongoing destruction.

Today is one of those days. Four recent stories highlight the terrible situation Britain currently finds herself in. They are not all that unusual in these peculiar times, but they are a reflection of a country that appears to have lost its collective will to survive in its traditional form.

The first is the news that British soldiers providing security for the Olympics have been physically assaulted, verbally assaulted and spat at by home-grown British Muslims. The Ministry of Defence refuses to say how many soldiers have been attacked, but do admit to the following:

Commanders have been told about a spate of attacks on troops during the London games.

In the worst incident a lone off-duty soldier was targeted by four men who abused him for being in the Army and then attacked him close to the temporary base where soldiers were housed in east London. The soldier was not in uniform, but was targeted by the attackers because he was carrying a military bag.

Naval personnel were subjected to abuse and extremist leafleting around HMS Ocean at Greenwich Pier, south London…none of the chiefs wanted to publicise this but it is a disgrace that people who are doing their jobs in difficult circumstances are abused and attacked like this.

I think calling it a disgrace is something of an understatement. It is in fact a living breathing obscenity when British soldiers in England are attacked by “British” Muslims. It is unclear what drives these followers of the Religion of Peace to such action, but no doubt countering terrorism is just one of the Infidel soldiers’ crimes as seen through Muslim eyes.

The second piece of news is that David Cameron’s traitor class government has sent out lawyers to the European Court of Human Rights to act against British Christians who feel they have been persecuted in the work place. This is despite previous pledges by Cameron that he would change the law to protect religious expression at work.

The Daily Telegraph reports as follows:

“Christians should leave their religious beliefs at home or accept that a personal expression of faith at work, such as wearing a cross, means they might have to resign and get another job, government lawyers have said.”

European judges will be easily persuaded by Cameron’s lawyers because the European Union is profoundly anti-Christian as per its God-hating, Socialist/Communist roots, but why is Cameron behaving like this?

Having said that, nothing Cameron does shocks me these days. After all, why would a man who supports Unite Against Fascism, a violent organisation linked to the Islamic overthrow of Christian Britain, give two hoots about our Christian heritage?

Cameron’s lies are becoming very serious. He stated he wished to reduce immigration to the tens-of-thousands, yet last year saw an influx of nearly half-a-million immigrants. In the main, these new additions to our small island will be profoundly unhappy with British soldiers and Britain’s Christian values. Is Cameron happy about this? If not, then why exactly is he allowing it to happen?

The final story concerns Cameron’s Home Office which appears intent on deporting seventy-year-old Professor John Tulloch, who first came to national attention via the Religion of Peace as the bloodied and burned face of a 7/7 survivor

Prof Tulloch traces his British ancestry back to the 14th century and was born to British parents (father an army officer) in a British colony. He has a British wife, children and brother. He was raised and educated in Britain from the age of three, has substantial assets and property here and has lived or worked in the UK for most of his life.

Unfortunately for Professor Tulloch, he worked in Australia for a while and took up Australian nationality, which apparently means he has now lost his right to a British passport —something which never happens to dual nationality Pakistani Muslims, it seems.

Whilst Britain refuses to deport illegal immigrants, foreign murderers, rapists and terrorists, we do appear fanatically keen to throw out a man such as Prof Tulloch. I imagine Cameron’s box-ticking Home Office apparatchiks view him as an easier target than various foreign criminals living off the back of the British tax-payer.

So here we are. In a combined assault by violent Muslims and our very own traitor class of politicians we see our soldiers attacked on their home soil; our Christian heritage attacked; our borders opened to the Third World, and illegal immigrants and foreign criminals allowed to remain here whilst a true Brit is threatened with deportation on a bureaucratic technicality.

This basically encapsulates both Islam’s and our own government’s attitude toward us. Does any of this make you think Britain is capable of surviving in its ancient and traditional manner for more than the next couple of decades, let alone this century?

9 thoughts on “A Small Snapshot of Cameron’s Britain”