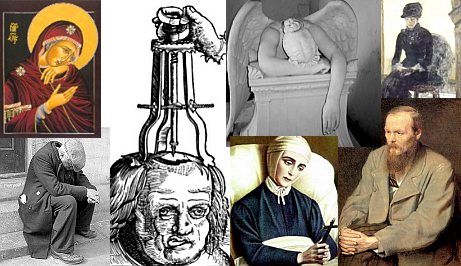 
So here we are at Day Seven of the Quarterly Summer Fund Raiser. Day Seven of Dymphna’s Disgruntlement is more like it.

However, as we race to the finish tomorrow there will be some final calming of the waters by the Baron. He’s excels at calming, as our son can attest.

It didn’t start out this way: I mean the fact that I’ve hardly let the man get in a word edgewise — which is no doubt why he’s taken to writing the odd thank you note here and there, just to avoid feeling left out…?

Wait. Let’s walk that back to say he’s been writing occasional thank you notes, but that’s due to my disorganization last time. I was sooo scattered for the Spring that he’s revamped his record-keeping a bit. This new system will permit him to keep more on top of things, but part of that re-do has ended in his taking on some of the acknowledgements. As though he doesn’t have enough to do?

Changes, changes… During these quarterly weeks, it’s been our custom to take turns with each day’s Fundraiser Post but somehow this one has gone a bit differently. Truth be told they all get up and wander around on their own before long; we both find it difficult to stick to one theme for a whole octave of robust blegging.

However, this particular Fundraiser’s theme — Discontent — was my big, fat brainstorm, not the Baron’s. So each evening he stares at the screen, wondering how to avoid sinking in quicksand. I’m guessing here, but methinks he finds it unseemly to discuss one’s discontents while also asking our readers to give generously to keep Gates of Vienna going. I, on the other hand, don’t find the meld difficult at all. Maybe it’s the difference between my ordinary Irish dander and his desire for smooth sailing. That’s not virtue necessarily, it’s just that he deeply dislikes being disturbed by things. I tend to find stormy waters invigorating , especially if I’m safely on the shore watching the surf rise from a cautious distance. Being in the midst of turmoil is another thing entirely.

Thus, while all week I’ve been a-brim with new instances of crimes and misdemeanors, not to mention a strong desire to address them, the Baron seems more inclined to describe events… though some of his past rants have been quite fine. It’s just that he finds it a burden to attempt them to order.

So I’ve taken over the Fundraiser essay yet again, though in this instance it was inadvertent.

I simply wanted to add a brief coda to that Semiotics post because it ended so abruptly. Oh yes, I can hear some of our donors right now, laughing at the juxtaposition of “I” and “brief” in the same sentence. No doubt there is more than one generous soul who has looked at my thank-you acknowledgment running down the page and… his eyes glaze over at the prospect of having to read the whole thing [hint: If you give up after the first paragraph, I’ll never know — go ahead].

Well, as Momma always said, if you can’t be brief, at least strive to be entertaining. Sometimes I even succeed.

So, after reading the Baron’s long prefatory introduction to “Semiotics”, I was surprised to find no follow-up thoughts after Rembrandt Clancy’s account of the violence in Mumbai. The ending felt abrupt and unfinished somehow. Surely some coda would prove more satisfying? More needed to be said, a kind of final wrap to parallel that fine introduction. Ah, gentle reader, what can I say? I felt a strong sense of umm…discontent.

This discussion of race and violence is inevitably highly charged; it’s been forbidden for so long, and tossed around so carelessly on some sides, that there won’t be an easy solution.

I believe deeply in the right of people to peacefully congregate, display signs, have speeches, and vent their concerns publicly about issues which concern them deeply. The power of a group is far more than the sum of the individuals gathered to speak and to listen.

However, the cheapening and degradation of public protest in modern times — say, since the 1960s when such tactics began to be used by upper middle class students (dupes of the professional saboteurs among them) to force institutions to change — has done incalculable harm to common civility and to physical safety in the public square.

There is lots of brown criminal behavior, but it’s mostly random and leads nowhere except to the maiming or deaths of other poor brown people, many of them innocent bystanders. The mayhem and death is a macabre Whack-a-Mole fixed game. Nothing changes, and not even the threats of Chicago’s potty-mouth tough-guy mayor can have any effect on a city death rate higher than the lives lost in our current wars.

But let’s not pick on just the U.S. How about those technologically-assisted mob robberies in London last year? That was wanton destruction and grotesque thievery just for the sheer abandonment of normal behavior. “I grabbed mine — my miserable portion, that it is”. I don’t think they even pretended to any larger purpose. That wanton exhibit of disgusting materialism was no more than a surreal extension of the behaviors of their “betters” as catalogued endlessly by the British press. Consider the slow-mo pomp and circumstance of the royals’ weddings and the media’s obsessively detailed listings of the costs of all the potlatch they wore or carried away. There is a huge divide, and the have-nots see the chasm clearly all the time. Was that rioting robbery simply an overflow vent?

Here in the US, the white folk, young and not-so-young, engaged in that sleazy and criminal Occupy “movement” while the press gawped. In the end, there were only deep layers of trash, disease, and excrement in their wake. And these party-times changed NOTHING, while costing municipalities and private businesses a great deal to clean and repair. You and I paid for those cynical tantrums — largely fueled by the unions, incidentally. Meanwhile, the Meretricious MSM breathlessly covered their shameless tantrums as though these behaviors and demands were legitimate or meaningful. They were neither.

We built those things those brats so willfully destroyed. Months later, Obama would learn to regret his callous dismissal of all our individual effort and creativity. That insult, carelessly tossed into his rhetorical soup, may end his free eats at the White House.

We could name lots of other examples of what happens when whole cultures lose their moral compass, when they celebrate “diverse harmony” even as the public square is being destroyed and impoverished by these whingers. Because that’s what they are: the “somebody owes me and so you’re gonna pay… or you… or you.”

We know our institutions have already been hollowed out and corrupted: big government, big business, big finance, big academia, big law, the food and medicine industries, not to mention “energy” — they’re grotesquely large edifices with a thousand swinging doors through which move the heedless and insatiable swathes of the political class and their “connected” gleaners, all too eager to grab whatever falls from those bulging pockets.

In the United States at least, there is one exception so far: The Tea Party, which formed spontaneously in 2009 in answer to the excesses of the federal government. Thus, Taxed-Enough-Already was born out of the ire of one financial reporter who yelled, “ENOUGH”. And people all over the country said, “count me in!”

Yes, those terrorist Tea Partiers with their lawn chairs and their Gadsden flags, and their children tagging along. Those vile Populists, most of whom can recite the Declaration of Independence and know the Constitution better than those so-called public servants they elected to “serve” in Congress. The Tea Party is un-cool patriots, bitter clingers who smile and sing the National Anthem. When they demonstrate, they are orderly, sober and lawful. They leave a place cleaner than they found it, and they never stay long because productive lives don’t leave room for aimless mayhem.

Tea Partiers are another example of a distributed network. No doubt there’s a lot of infighting; any time you get two people together, one is vying for power. But these Know Nothings clearly express their demands and then they use their energy to attempt to create the reductions in government they think vital. Just ask the defeated mobs of union thugs hauled into Wisconsin to fight the Tea Party efforts there. Those Goliaths are still licking their wounds, but Wisconsin is out of debt and running a budget surplus because the union thievery was pushed back considerably.

The Tea Party succeeded where the Republicans didn’t even try. The latter had given up in defeat against the union machinations; it was left to the Tea Partiers to simply pick up those limp GOP bodies and carry them to victory anyway.

For such victories, the sullen MSM and the greedy politicos reserve for the Tea Party their especial opprobrium and scorn. Do you know why? Because they’ve encountered a phenomenon they can’t roll. The Tea Party cares not a fig for the opinion of The New York Times, a newspaper they’ve taken to calling The Fishwrap of Record. So the powerful are running scared; they flee from integrity as evil flees from the light. If the Tea Parties succeed in finding politicians courageous enough or opportunistic enough to climb aboard their platform, they may be able to save us from the worst of ourselves. One thing those “public servants” have learned to their sorrow: if you use the Tea Party to get elected, be prepared to follow through with votes to shrink government. If not, you may find yourself back home next time.

I wish every country had a Tea Party. The EDL does the best it can, but that culture isn’t going to allow them seat or voice in the halls of power. The tools for change are cynically denied them and they are mocked for their lack of education by the very people who ruined their chances to learn. Those in charge openly persecute the EDL. The ’crats in charge have too much to lose and the EDL hasn’t enough political clout yet to bring about the changes they can clearly see are needed in order to save the country they love.

For us, all of us, the best we can do is to support the courageous, and to join them when we can. But we don’t expect anyone on the inside to help. They sold their souls a long time ago…

Yesterday’s donors pulled in from:

Y’all have been magnificent, as usual. What a week it’s been!

2 thoughts on “When Discontent Degrades”