As reported here previously, three presumed Al Qaeda terrorists were arrested in Spain last week. One of them is Turkish, and the other two are from the Caucasus.

Because of the proximity suspects’ residence to Gibraltar, there was immediate speculation that their intended target had been the port and military base in the British colony. New information seems to support this theory, since it has now been reported that the Turk in the group had previously worked in Gibraltar.

Many thanks to our Spanish correspondent Hermes for translating this article from El País:

C. Y. was detained last Wednesday by the National Police for being an alleged member of Al Qaeda 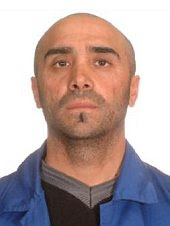 Turkish national Cengiz Yalcin, who was arrested by the National Police during an operation against three alleged members of Al Qaeda, had been living in Cádiz and Gibraltar for at least 6 years. As the newspaper El País reported yesterday, the last time he had been working with the Gibraltar-based Profield Contractors construction and real state development company. This firm confirmed that the detainee began his work in the company in 2008 as a civil engineer, and before this, he had been working in the construction industry in Gibraltar for at least two years. “He arrived with very good references from some sectors of the construction industry,” the company stated in a communiqué issued this morning, in which it also declared that “the recent happenings related to his detention came as a surprise to the company management.”

This company has among its main clients the Government of the [British] colony, for which it was currently working on the renovation of a block of flats ant the removal of debris from the construction of the dam which is being built in that territory to reclaim land from the sea

“During his working period in the company, his behavior was absolutely normal and he gave no reason for suspicion that he could have been involved in the alleged terrorist activities for which he has now been arrested.” Profield Contractors declared that it will cooperate with the police of Gibraltar in whatever is needed. The company was searched yesterday evening, and the police seized documents related to the detainee.

The three alleged members of Al Qaeda were arrested last Thursday and Wednesday in Cádiz and Ciudad Real. The police operation was carried out at a faster pace due to the possibility that two of them, who are already under custody in the general police station, could leave the country. A. A. A. and M. A, who according to their own declaration came from Chechnya, but whose nationalities are still to be determined — although the investigators believe that one of them is Russian ant the other from an ex-soviet republic — had taken a bus traveling from Cádiz to Irún (Gipuzkoa), probably in order to cross the border to France, where it is suspected that they had already lived before. They were caught in Almuradiel (Ciudad Real) on Thursday at 00:35 a.m., and after putting up enormous resistance, they were detained by the GEO [special operations forces of the police]. C.Y., a Turkish national married to a Moroccan, and who according to the police had allegedly acted as a “facilitator” for the two members of Al Qaeda, had hours before been arrested in La Línea de la Concepción — Cádiz.