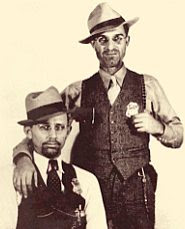 There is a widespread phenomenon in the Western democracies that I refer to as “hassling the law-abiding”. I’m familiar with the American version, but the Canadian, Australian, and Western European versions are surely similar.

The general idea is this: complex modern welfare states mobilize bureaucrats and law-enforcement agents to coerce conformity from ordinary people — normal well-behaved citizens who are (mostly) peaceful and productive members of society.

The prototype — some might say the Platonic ideal — of hassling the law-abiding occurs every day at the airport. When I travel by air I have to stand in line for half an hour, have my baggage X-rayed, remove my shoes and belt, and endure TSA employees staring at my junk on a screen. These procedures are supposed to ensure my “security”, but all they really do is display the absolute power of the State and allow sadistic low-level employees to get their jollies humiliating and inconveniencing thousands of innocent travelers a day.

Similar examples may be found at police sobriety checkpoints, or in school pat-downs, or at the National Capitol Visitors’ Center. Any added security is minimal, and mostly illusory — how many lives have been saved by these humiliating, intrusive, and authoritarian procedures? And how many billions (or trillions) of dollars do they cost the taxpayer every year?

I could list more examples, but you get the idea. Law-abiding people experience routine hassles because they are, well, law-abiding. The authorities do this stuff to us because they can. Ordinary citizens are generally compliant, and put up with these things because they’re brought up to be lawful, orderly, and respectful towards authority.

Those who might really be dangerous — the guys in the beanies and nightgowns with their women dressed in shapeless black bags — are the ones who get the religious exemptions. Nobody wants to offend their religious sensibilities or, God forbid, profile them, so they can count on having the rules suspended for them whenever they yell loud enough. They’re not all that law-abiding, but they can cause mass trouble when riled. It’s much easier to just hassle Mr. Jones and let the others slide on by.

This syndrome is partly ideological and partly practical. Everyone is frightened of being a “racist”, or at least of appearing to be one. We all want to be tolerant and inclusive. So we apply a different set of rules to ordinary law-abiding Western citizens than we do to the Other.

And, practically speaking, it’s easier that way. So, no matter how much money it costs, no matter how many man-hours it wastes, we have to go through all this pointless folderol.

A couple of recent examples of cultural dhimmitude in Canada seem to fit the above model. The first one concerns a citizen who was handcuffed and threatened with arrest for walking his dog too near some Muslimas in a public park in Toronto. The second incident — which occurred at the same event, the Al-Quds Day celebration in Toronto — involved a cyclist who was similarly treated by police for flying an Israeli flag.

Superficially, these seem to be classic examples of hassling the law-abiding. The victims are ordinary upstanding Caucasian or Jewish citizens. They are being orderly and obeying the law, but are threatened and pushed around anyway.

However, there is one major difference between these cases and the ordeal at the airport.

When I get hassled at the airport, money is no object. Untold billions of dollars are spent on largely meaningless “security” regimes at the nation’s airports and other public locations. There is no measurable benefit served by these procedures. Terrorists are savvy enough not to walk through the naked scanner with something that can be seen that way. The process we all go through is theater, a vast bureaucratic kabuki dance designed to fool the public into thinking that the government is doing something that justifies all those enormous taxes. At the same time it allows the badged and uniformed officers a chance to flex their power muscles. It says, “This is your Government. You must obey us.”

But the situation in Toronto was somewhat different. The same kind of thing occurred in Dearborn a few months ago when those Christian proselytizers were forced out of the Arab Festival by police. And it happens in Europe all the time, especially in Britain, where the EDL is kettled and arrested and hassled and restricted while the Sharia4Everywhere brigades can do just about whatever they please.

The difference is in the cost-benefit analysis. Unlike airport security, money is an object in these street events. That’s because those who are charged with preserving public order are ordinary local police, and not the officers of a huge central government bureaucracy.

There may have been a time when enforcing the law and preserving the constitutional rights of ordinary citizens was foremost in the minds of law enforcement officials, but that time is long past. The police department of a major city — especially given the current economic crisis — operates under serious financial constraints. Policing is an expensive enterprise, what with unions, work-safety rules, and ambulance-chasers hungry for lucrative lawsuits. The bottom line rules.

When those officers on the street in Toronto or Dearborn or Chelmsford confront a potentially explosive situation, they know that they must contain it in the cheapest way possible, or face wrath from above. And, let’s face it, cracking down on Christians and Jews is much cheaper than trying to keep a Muslim mob from murder and mayhem. Just think of the amount of police overtime and fuel use that would be required if the dogs or the crosses or the bacon or the Israeli flags were to get too close to the culturally enriched!

Cracking down on the guy walking his dog and the guy riding his bike is far easier — and cheaper — than actually enforcing the law. Police know that natives are far more likely to be peaceful and compliant than the enrichers. So they twist the arms of the law-abiding, and make sure they comply.

If it takes, say, twenty officers to manage those annoying white guys with dogs and flags, how many would it take to contain the rage of all the Rage Boys if the flames of Islamic righteousness were to be ignited? A hundred? A thousand? Ten thousand?

Think of all the overtime! And the negative headlines! And the official investigation! And the questions on the floor of Parliament or Congress!

The fact that this actually amounts to the enforcement of sharia in the democratic West doesn’t ever have to enter the minds of those who do the enforcing. At most, they’re hoping to avoid being fired or sued for being “racist” and “discriminatory”.

They’re not thinking, “Gee, I want to do my part to bring Islamic law to my country!”

But they’re doing it anyway.

That’s the real cost. And there are no benefits.