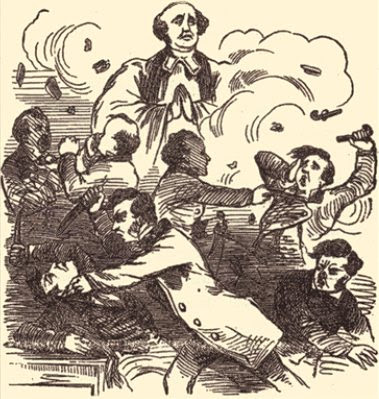 
This has been a good fundraiser. In between the circus from Norway and the stories of jihadists, of bankrolled mosques — the usual — readers have been sending feedback. And I’m going to get a tincture for my vertigo, which is better news than an MRI any day. As for the small stack of bills sent in the Anarchist magazine — someone has a fine sense of humor!

The subject of Diversity is fraught. So for this Fundraiser, I’ve deliberately kept the lid on certain subjects. They can accumulate like barnacles or smart bombs on the wall of diversity, or rather on the battlements of modern, top-down “Diversity”. As is true of any other project, some stuff has to be routinely scraped off so you can see what’s underneath, yet other junk — whilst appearing to be identical — will blow up in your face. Frankly, the explosions aren’t interesting anymore.

It is the former which draws my curiosity. .The latter, full of traps like the origins or even the existence of “global” “warming” — oops, climate change…oops, methane in the atmosphere. Whatever. Any point in “discussing” those issues is long past. Those in Charge will tell you ahead of time: “It’s settled…” “Consensus Has Been Reached”… “Everyone Knows”… “Only an Idiot Would Think Such a Thing”….and so on, ad infinitum, ad nauseam.

Have you noticed that the more fervently views on such issues are clung to (bitterly), the less room there is for Reason or even the possibility of entertaining alternate ideas? Entertaining ideas? Enter that realm at your own risk.

Here’s a partial list of Don’t-Go-There-Unless-You-Want-a-Fight hot buttons. No particular order here, simply a reflection of what I’ve been reading and thinking about. These are only contentions; I have no solutions. The mysteries of life usually don’t come with quick remedies:

Diverse contentions. They’re endless and they get more polarized all the time. As resources get thin on the ground, look for the rigidities to worsen. I don’t know about you, but I’m sick of living in interesting times. I’m ready for a good long spell of boredom — kind of like those endless amber waves of grain we don’t have anymore because they hybridized all the wheat. Modern varieties are now too short to wave at anyone.

A not-so-modern variety of donors came in yesterday from these places:

hank you all very much for your suggestions and remedies for my latest malheur. I’ve already started on some of them. The Baron will check in sometime tomorrow with a recap, and then we’re done until next quarter. So much can happen in three months it doesn’t bear thinking about it too much. Obama will still be our president, though. Now there is a bone of contention for you; I’m glad I didn’t think of it till now.