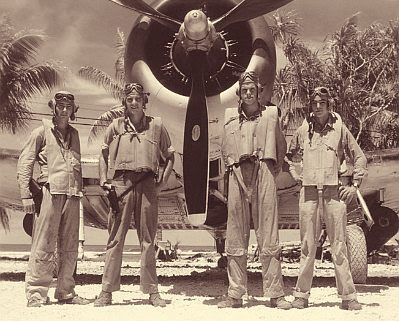 As a first-generation American growing up in Florida as part of a small Catholic ghetto, I have no childhood memories of Memorial Day. Back then the population of the state was about two percent Catholic. That bit of demographic trivia sank in at the time because it explained why I knew every single “Catholic” house on the streets I walked between home and school; such knowledge was just part of the experience of being ‘different’.

The nuns who taught at our school were evenly divided between off-the-boat young Irish women and native-born Americans. The latter were more at ease and often less harsh. The former were often scared, and they suffered horribly in those black wool habits. Looking back, I am in wonder at the level of their courage.

The priests in our parish were another matter, though: Irish immigrants, every single one of them. Our monsignor was originally from Dublin and he personally traveled to the seminary in Maynooth to recruit many a newly minted priest for work in Florida. I’m sure he painted a rosy picture while leaving out the most salient fact. So when August arrived, those poor fellows often became quite sick when high summer lay like a weight over all of us (air conditioning as an assumed ‘right’ didn’t arrive until I was in high school).

[My mother endured her own trial by fire when she arrived in Florida, straight from Canada in late May and eight-plus months pregnant with me. Conceived in Toronto, born in Florida — I would still prefer Canada. By the age of ten, the weather and intellectual climate seemed so abysmal I was already considering how to get out of Dodge. I knew we could never afford college (and no one told me about scholarships), thus the only other way over the fence I could imagine was marriage to a nice Yankee. Which I did on turning twenty.]

We never avoided Memorial Day commemorations — being part of America was important — but since this one fell outside the boundaries of the school year there were no opportunities for the nuns to put us to work making iconic flags or memorizing relevant poetry for the occasion.

As I recall it wasn’t an observed holiday where my mother worked, either. Her boss was from Lebanon and he barely looked up for Christmas, much less something as nebulous as Memorial Day. Thus Mother never felt deprived of something she’d never known. Had it been a big deal in Florida, she’d have made sure we went through all the rituals and ceremonies — becoming an “American” was forefront in her mind when it came to our education.

[St. Patrick’s Day was another story — and a big conflict with the Boss from Beirut. With two children to support there were lots of things Mother gave up without complaint, but properly celebrating Saint Patrick’s Day wasn’t one of them; she simply didn’t show up for work on March 17th. Instead, she took a bus to the city to attend noon Mass and reminisce a little with Monsignor Meehan about “home”. From there she walked to a restaurant she’d frequented back when she worked in town. In those old days she’d never minded working on St. Paddy’s. She could attend Mass easily enough, and her co-workers always made sure a favorite local restaurant served corned beef and cabbage. For many years afterwards, that same restaurant always featured C&C on the menu. Instead of a check for her meal, the owner would, with great ceremony, present Mother with a small pot of shamrocks to take home.]

Yes, yes, I know. This is supposed to be about Memorial Day. I’m getting there. Trust me…

It wasn’t until I moved to New England that the day appeared on my family calendar, along with others such as Patriots’ Day. But even there it had a different tone than it does today. My in-laws, along with many other families, took the last Sunday in May to clean up the graves of their dearly departed. My father-in-law, whose people originally came from further north, told me the original name for this was Decoration Day. He thought the particular day — last Sunday in May — was originally chosen because by then the weather was likely warm enough to allow for spending considerable time outside cleaning up the accumulated detritus of the previous year. Dead flowers were removed, headstones were scrubbed, and the immediate areas around the graves were planted with fresh annuals or vines. Thus the nickname for Vinca minor — “cemetery vine”.

The gradual change from “Decoration Day” to “Memorial Day” began in the North after the Civil War. So many families lost their sons to preserve the union of the states — the numbers of new graves given over to those young men were a startling reminder of how many had perished in battle over the span of four gruesome years. The Union lost more soldiers in all — 360,222 — but the total casualties for both sides have remained greater than all our other war deaths beginning with the Revolutionary War and going on through Vietnam — somewhere between 650,000 and 700,000 all told.

The majority of those killed in battle were young. In other words, we often lost “the best and the brightest”. We lost fine young men who would never marry or sire children. War levels and reduces the strength of any country’s gene pool, and given the relative size of the losses in the Civil War (comparing them in toto with the size of the population at the time), we clearly damaged our genetic heritage.

On Memorial Day we are once again reminded of the cruel irony of Arlington Cemetery. It began as a hasty potter’s field for the Union dead near Washington D.C. The decision to establish this place on the immediate grounds of General Robert E. Lee’s home was deliberate. The strategy, bodies next to the rose bushes, was a psy ops move: surrounding an old and cherished estate with the poorest of the Union dead — those soldiers whose families in the North could not afford the fees required to have their sons carried home by train — was designed to humiliate. This is also true of the destruction of the forests and outbuildings of General Lee’s home.

In time, Rebel soldiers’ remains came to be interred at Arlington, but their final resting places were permitted no show of honor. In fact, there were explicit instructions to “ignore” these graves during ceremonial occasions. The ignominy was so pointedly mean-spirited that most families of those Confederate soldiers buried at Arlington removed their sons’ remains to safer grounds.

Anyone who has been to Arlington Cemetery knows how vast it is, but the average TV viewer watching some wreath-laying ceremony has no idea of its history, or that it goes back to George Washington himself. We don’t teach our children history any more, so America’s cultural, institutional memory is becoming ever more denuded and poverty-stricken. And that’s how some people want it.

Arlington Cemetery is a monument to the brutal expenditure of so many bright futures. All the men who never returned home, all the families that never got made, all the inventiveness and intellectual energy buried there is an incalculable loss for our country, and for anyone who might have benefitted from what these men never had the chance to create, invent, build, or solve.

Look at that picture at the top of this post. It is an image from the Pacific theatre in World War II It is a photograph that grabs my attention. I study it sometimes, trying to grasp what it meant to those boys. Hungry most of the time, scared to death, and a million miles from home. So young, so brave and so irretrievably lost.

War is more than merely “hell” — it is a demonic destruction of the future. No, I’m not a pacifist. Yes, there are worse things than dying. But like any Monday morning quarterback, I have unanswered questions for those officers who seemed to sacrifice lives to their own ambition.

There is something we can do, however small our recompense to the dead. I hope our readers will chose one of these projects as a way of paying attention to the future:

7 thoughts on “Remembering Our Dead”