The following article by Steven Simpson concerns the much-heralded emergence of “democracy” in the Middle East. It was originally published at Canada Free Press, and is reproduced here with the permission of the author. 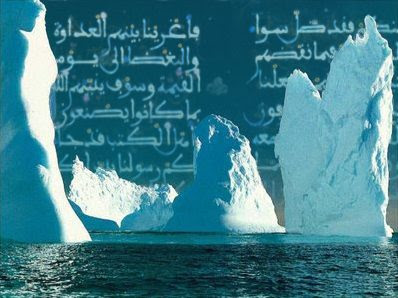 Why the Arab Spring Will Descend Into an Islamic Ice Age

The much vaunted and praised “Arab Spring,” which took the world by surprise in December 2010 is slowly but surely turning into an Arab winter, which will inexorably become an Arab Islamic Ice Age in the near future. Already, the icicles of pan-Islamism are beginning to form throughout the Maghreb (North Africa), and the West had best come to terms with the reality that the mantra of “free and fair elections” does not translate into Arabic as Western-style democracy.

Ironically, it is the birthplace of the “Arab Spring” — Tunisia — which is already in the midst of turning from Arab secular tyranny into Arab Islamist domination. The largest party in the Tunisian parliament is the “moderate” Islamist party known as Ennahda (Hizb an Nahda), meaning the “Renaissance Party.” When elections were held in October 2011, the party gained a plurality of 90 seats in the 217 member Constituent Assembly.

Ennahda was formed by Rashid Ghannouch i, who after 22 years in exile, returned to a hero’s welcome in January 2011, after the overthrow of Zine El Abidine Ben Ali. Mr. Ghannouchi, who has been described as a “moderate” by many political pundits, has already called for the “end of Israel.” He has compared his party with Turkey’s Islamist AKP (“Justice and Development Party”) led by the Prime Minister, Recep Tayyip Erdogan, who has nearly turned Turkey into a de facto Islamic republic and brought relations with Israel to the brink of severance. Alas, the much hailed (and perhaps failed) “Jasmine Revolution” might well have paved the way for the beginning of Arab “Islamocracies.” That is, Islamic republics replacing secular pan-Arab socialist regimes, via “free and fair elections.”

To the west of Tunisia is the People’s Democratic Republic of Algeria, which almost became the first Islamic republic in the Arab world back in 1991. At that time, the Islamic Salvation Front was on the verge of becoming the largest party in Parliament until the army stepped in, unleashing a savage and bloody nine-year civil war that has still left the country in chaos. Elections are coming there in May, and there is a good chance that the troika of Islamist parties will do quite well — once again — through “free and fair elections.”

Then there is the Kingdom of Morocco. While currently led by the pro-Western moderate, King Mohammed VI, the Islamist phoenix has already risen. In the November 2011 elections, the Justice and Development Party won 107 seats in the 395 member Parliament. The new Prime Minister, Abdelilah Benkirane, is also the leader of the party. Of course, he too, is considered a “moderate.” But when one reads further, it becomes clear that the term “moderate Islamist” is nothing but an oxymoron.

Finally, there are Egypt and Libya. In Libya, the tyrannical forty-two year reign of the monstrous and murderous Muammar al-Qaddafi came to an ignoble and abrupt end with a bullet in his head in October 2011. Libya is presently governed by a coalition of various parties and tribes under the tutelage of the Libyan Interim National Council. On paper (or at least on the World Wide Web), it would appear that Libya is being run by a council of leaders who are looking forward to a democratic country with free elections. However, when one looks closer, the Council is led by a former Qaddafi crony, Mustafa Abdul Jalil, who turned against his patron in February 2011. His academic background includes graduating from the University of Libya where he studied (what else?) Shari’a. While Jalil may not be an open Islamist, there are many on the Council who are, most notably Abdel Hakim Belhaj who fought in Afghanistan against the Soviets and led the now defunct Libyan Islamic Fighting Group.

Indeed, the Libyan Draft Constitution proposes enshrining Shari’a as the basis for state law. While only a draft at this point, it appears to be a bad start for a “democratic” Libya. However, lest anyone shed tears for the departed Colonel Qaddafi, it should be remembered that Islamic law was also enshrined in Qaddafi’s constitution of 1969, and explicitly reaffirmed in the 1977 constitution.

Elections are scheduled to be held in June. But if the recent desecration of British graves of World War II veterans — and the tepid response of the National Council — is a foreshadowing of things to come, Libya appears either headed towards civil war, or an Islamic state. Libya is plagued (or blessed, depending on one’s viewpoint) with numerous Islamist groups, including its first Muslim Brotherhood branch, also called the Justice and Development Party.

Finally, there is “the mother of the Arab world,” Egypt. It is in Egypt that the godfather of all Islamic supremacist groups — the Muslim Brotherhood — was spawned. al-Ikhwan al-Muslimun was formed in 1928 by Hassan al-Banna, and his theology was refined by Sayid Qutb. However, if one looks for reality and clarity (unlike the current American administration which foolishly engages the Brotherhood and views it as “moderate”), it will be seen that the Brotherhood is a violent fascist movement that seeks global Islamic domination. Indeed, it is the phalanx and aegis for all Islamist groups that have emerged throughout the Muslim world. Bluntly put, it is nothing short of an Islamic hydra, and an implacable enemy of the West, Israel, and all non-Muslims.

When Egyptians overthrew Hosni Mubarak in February 2011, the politicians and political pundits throughout the world marveled and prognosticated on how democracy was coming to Egypt. Apparently, the Egyptian people had other plans in mind. In parliamentary elections held in January 2012, Islamist parties won over 71% of the vote. It was a triumph for Islamists throughout Egypt and an ominous sign of an Islamic resurrection of monumental proportions. The old adage “As Egypt goes, so goes the Arab world” appears to be a prophecy looming on the horizon.

The final triumph for an Islamic Egypt will be the presidential election that is to be held in late May. Now, in 2012, it appears that the dreams of al-Banna and Qutb turning Egypt into an Islamic state will come to fruition. As of this writing, two Islamists have been banned from running. These are the Salafi candidate, Hazem Abu-Ismail, who was the front-runner, and the Brothers’ Khairat al-Shater of the “Freedom and Justice Party.” Both are appealing the verdict. The Brothers already have a backup candidate, Mohammed Mursi. Another former Brother, Abdel Moneim-Abul Fotouh is also running. Regardless, it seems a fait accompli that an Islamist will indeed win, thus solidifying and hermetically sealing Egypt’s fate as an Islamic state.

While this article does not cover the recrudescence of Islamist movements in the Mashriq (East), encompassing such blood soaked states as Syria, Lebanon, Iraq, Yemen, and Bahrain, Islamism is coming there too. The message is crystal clear and perfectly simple: The adherents of Muhammad will not soon exchange him in for Washington, Jefferson, or Madison. The West should be prepared — metaphorically speaking — to start stockpiling on heavy winter clothing. An Islamic ice age is about to descend upon us. Be prepared.

Steven Simpson has a B.A. in Political Science with an emphasis on Middle Eastern studies, as well as a Master’s Degree in Library Science. In addition to Canada Free Press, Steven’s previous articles have appeared on the American Thinker, Pajamas Media, Front Page Magazine, and Hudson-NY.org.