The Australian artist Sergio Redegalli has been featured several times previously in this space. Mr. Redegalli caused an uproar in Sydney a couple of years ago when he painted a mural on an outside wall of his studio that called for the banning of the burqa.

His mural has just been vandalized again. As the Sheik reports, this is the sixty-eighth time: 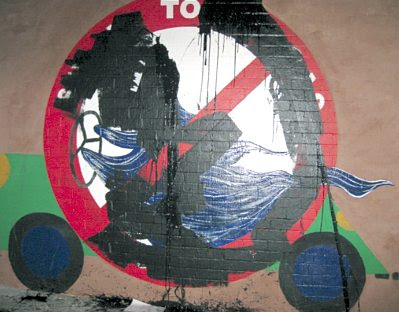 This time the vandals left an ominous warning note at the scene. It’s visible in the above photo, lying on the ground just below the mural.

Here’s a close-up view of what it said: 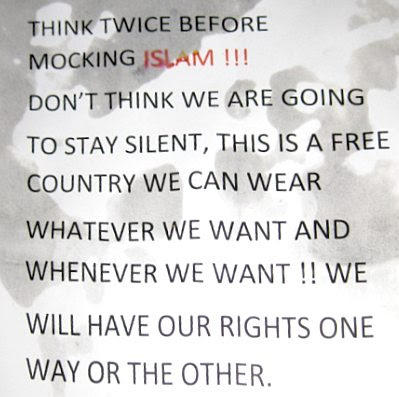 2 thoughts on “Vandalism Again, and a Warning”