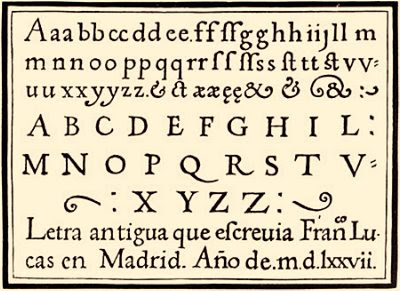 Our German translator JLH obviously has too much time on his hands. Given that I am similarly afflicted, his latest effort seemed to be right on my wavelength. [Thus, I felt compelled to interfere edit a bit. I hope he forgives me.]

The subtitle to his clever Alphabet? —

Background information on making a left turn against traffic

Readers’ further ideas are welcome. No graffiti, of course. That’s a pastime best left to Progressives.

A is for Activism:
Going to a picnic carrying a sign that says: “Save the Ants.”

B is for Brussels:
The iron fist in the chocolate glove.

C is for Civility:
Just keep your opinions to yourself and I won’t have to hurt you. Much.

F is for Facebook:
Lie down on the couch and tell me everything. [it will all be used against you]

G is for Google:
“Don’t Be Evil” — and censoring citizens for the People’s Republic of China is NOT evil.

H is for Hollywood:
What blacklist?

I is for Islamization:
Resistance is futile. Ask the OIC.

J is for Justice:
Don’t expect to get any here. That’s simply the name of our Department.

K is for Kaffir:
An Arabic word used by Muslims to designate “Other”. Some extremerightwing paranoids think it’s derogatory.

L is for Legislate:
An obsolete group commotion most often performed in circles; it is known to interfere with the new improved linear executive action.

M is for Main Stream Media:
It’s the narrative, stupid.

N is for Nazis:
They’re everywhere! They need to be rounded up and exterminated re-educated. [See ‘K’]

P is for Press…
…# 2, if you wish to speak English as a foreign language.

Q is for Quantitative Easing:
It’s complicated. Just trust us.

R is for Reform:
What to call an unnatural government act that destroys something useful.

S is for Socialism:
Just like Das Kapital and the New Testament, right?

T is for TSA:
We’re not intrusive, merely sadistic… and legal.

U is for Unions:
We know where you live.

V is for Voter:
Endangered species whose existence is attested to largely by mail-in ballots and obituary notices.

W is for Weather Underground:
An intellectual movement of the Seventies. It produced many secular saints.

X is for Xenophobia:
A mind parasite known to invade white people’s grey matter. Others are immune.

Y is for Yurt:
Guest accommodations for visiting Israeli “dignitaries”.

Z is for Zionism:
Evil movement to dominate the world. It is resisted by brave Muslims, enlightened politicians, and smart college students.

One thought on “The Progressive Alphabet”