On Friday March 9 a media team from the Christian Action Network came to London to conduct interviews with various Counterjihad activists about the spread of sharia and the Islamization of Europe. Among those interviewed were Tommy Robinson, the leader of the English Defense League.

The excerpts below were taken on a hand-held amateur camera, and as a result are of reduced quality. When the CAN documentary is released later this year, the full-resolution version of the interview will be available.

Many thanks to Vlad Tepes for subtitling and uploading this video: 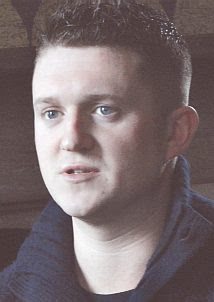 CAN traveled to Europe to produce a comprehensive account of the Islamization of Europe for an American audience. They started out in London this past week, and will be visiting numerous other locations across Europe before they return to the States.

The Christian Action Network is based in Lynchburg, Virginia. Longtime readers will remember some of its earlier Counterjihad activities, especially its first-rate work on Jamaat ul-Fuqra. See Jamaat ul-Fuqra in Georgia from the air, their aerial survey of the compound in Red House, the Sheikh Gilani Lane controversy, or their documentary “Homegrown Jihad”. Other links may be found in the “Jamaat ul-Fuqra” section on our sidebar.

Elisabeth Sabaditsch-Wolff and Paul Weston were among the other people interviewed on Friday. Below is a photo of Tommy and Elisabeth, taken during a break in the taping: 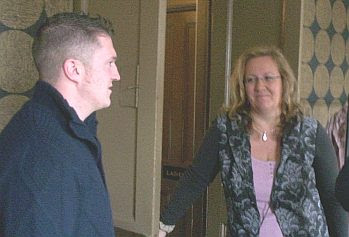 Vlad is toiling away at other excerpts from these interviews. Stay tuned.

One thought on “Tommy Robinson: Excerpts from the CAN Interview”