The following article concerns the “justice” currently being dispensed in the German court system. Needless to say, culturally-enriched repeat offenders are the greatest beneficiaries of judicial coddling in Germany.

Many thanks to JLH for the translation from Politically Incorrect.

Justice in Cologne: Manslaughter and Education

PI reported exhaustively on the cases of killer Ayoub B., of Erdinc K. who beat someone into a coma, of the 20-Cent-Murderer Onur K. and on the case of Thomas Fechner who was beaten almost to death by three culture-enrichers. In all these judicial farces, the leading actors all walked free in spite of established guilt. In every case, the perpetrators got probation. 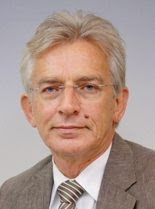 Meantime, we will read in the newspapers whether they turn up again as killers, perhaps with their German names to protect their identities.

In the first and last of the cases mentioned above, the venue was Cologne regional court.

So I wrote the president of the regional court, Mr. Helmut Zerbes (photo) and received an answer. I would like to present it here because I think it is symptomatic of the unspeakable gobbledygook of the successor generation to the ’68ers. A plea for the educability of killers and against the protection of the victims, for that is the logical result of this deviant form of justice:

for the understanding of the verdict you address, I refer you to the fact that the juvenile law is dedicated first and foremost to the education of the youthful perpetrator.

Wow! I thought that the justice system was intended to serve justness. What a fatally flawed idea of mine!

By law, except with adults, general protective considerations (such as “making an example”) can play no role.

Right. Why should punishment scare anyone? Just because it was effective for millennia. And the comment that tough sentences are “making an example” and that is not a part of juvenile law, does not change the fact that justice should be about protecting the people. But that seems to play no role here.

Instead, it is a question of assuring that the defendant lives punishment-free.

Training in boxing will certainly educate him and a talking-to from the judge will strike him to his core! It is too bad that it doesn’t have anything to do with protecting potential new victims or even those already victimized from the violent perpetrator. “Too bad” is the wrong expression. It is a crime against one’s own people.

Whether this goal can be achieved through serving a sentence in a juvenile enforcement institution or through other means (as here: several years in an institution for educational support and maintenance of the standards of behavior maintained there), must be decided in each individual case. In this case, it is first and foremost a question of the defendant’s personality, so generalized considerations are not possible.

Fortunately, it is still not forbidden to consider things, so the forbidden thought comes to me: why does this system not bear fruit among the 80% Muslim multiple offenders in Berlin? Or in the rest of Europe? The answer is irrelevant. The fact is, it does not work. Behind it all is the certainly laudable belief in the goodness of human beings, which can be brought to the surface by use of appropriate measures, so that this person is changed in a positive way.

That is a very decent thought, but is not much help when it comes to people who really do not care whether the German judicial system sees them as good or bad, because they have a whole different value system — namely that of Islam. Islam presents us as “infidels” and motivates to violence against us. You cannot do away with this kind of thinking with a boat trip and a whack on the butt. It is deeply rooted and blocks out any intervention by do-gooders.

That in particular victims of violent acts and their friends and relatives cannot manage understanding for the sanctions imposed is in my opinion quite understandable, cannot however alter the view that the education of the youthful perpetrator must be in the forefront of juvenile justice.

It is actually very difficult for someone who has been beaten to death to work up understanding for something done here in Germany in juvenile justice, because he is dead. The continuing repetition of the importance of the task of educating in German courts does not change the fact that killers, near-killers and even murderers are set loose en masse. The families of victims must undergo great emotional pain and in some cases even be in fear of the perpetrators, who could seek them out and harm them. The blindness, naiveté and criminality-nurturing tendency in such verdicts are a threat to society. What would you have to say to the victims of a repeat offender who had gone through the whole pedagogical coddling program of German justice after his first offense?

We must recognize with such comments as those in this letter that do-gooderness is deeply rooted in the German justice system. We hear this often in relation to scandalous court decisions. For the perpetrators, the result is often that they have no respect for the police and the judicial system and feel justified in their actions. The result for the victims is that they become victims again — of the German courts. This coddling of murderers consequently produces further victims, if the perpetrator strikes again, And rage among the people, who — the more they are affected by such catastrophic verdicts — are no longer willing to accept the psychologizing, ’68er drivel as an excuse for failed justice.

It is quiet clear: A society that does not punish its criminals creates more crime for itself. And everyone suffers the consequences — including the coddling judges. For they too, have children, grandchildren, wives and siblings who live in this land. Needed above all are the policies which will make the determinations that are appropriate to protect the people, rather than exterminate them.

7 thoughts on “Justice in Cologne”