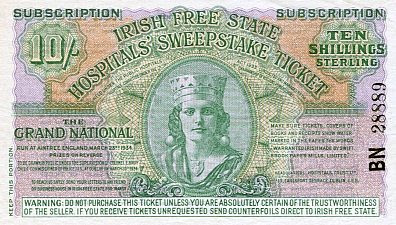 
Here’s the map: we’re well into the first edition of 2012’s quarterly fundraisers and this post serves as the marker for the fifth day. And, no, I haven’t any idea how we got here so fast; last time I looked around seemed like we were just starting out. Taking my bearings again, I see we’re deep in the thickets of this here particular Garden of Forking Paths. As usual, my map bears little resemblance to Reality. The Baron is the navigator around here; I just follow along, enjoying the people and the scenery.

Fundraisers are fun, if taxing. I love all the emails and responses. The friendliness of our donors. The comments (though I do wish there were more of those). I treasure the messages on the PayPal notices. This time, a donor suggested her contribution go to socks for the Baron… an inside joke referring to my first post on this round, when I mentioned his middle class costume which he still dons for visits to Washington and the halls of power. Heh.

As it usually does, our theme for this bleg grew out of Long Discussions in the weeks prior to the launch date. The Baron’s temporary programming gig brought in enough money to cause our horizons to move a bit; we began to assess and reassess necessity vs. luxury. Our focus is mostly on keeping the house in good repair — it’s a fussy old cottage and a bit demented. One has to keep an eye on things or they get up to no good. But even here, we diverge on what is necessary versus whether-I-can-stand-our-kitchen-sink-one-more-year… (oops, ignore that one. It’s complicated.)

People who study such things say that an increase in income shows first in the grocery cart. Or eating patterns in general. With more money, people tend to move up the food chain, go out to eat more often, etc. And so we did move up, at least for a bit. But as the job ended, we worked our way back to a more familiar level. Restaurant-eating holds little charm when what you prepare for yourself mostly tastes better, but that brief spree on artichokes and asparagus was fun.

Frugality is a complex theme. The subjects we’ve picked out don’t even touch the surface of what appears to be a growing movement toward less-is-more. Try googling search strings containing “frugal” or “frugality”. Just the word alone brings up 6+ million hits. There’s even a wiki devoted to Frugality, complete with definition. It’s too bad they didn’t cover the etymology of the word, since this one is paradoxical: it derives directly from the Latin frux — fruit. That’s a clever little jump there, with a positive connection between the deliberative care of things and their fruitfulness. To be frugal is to thrive, to produce. It’s a bountiful word. And that’s how I think of it. Channeling the necessary into creative effort to live simply and well while still achieving our heart’s desire.

In our case, “heart’s desire” means keeping Gates of Vienna open. It is still a mysterious thing, how this blog has wandered and grown and thrived in ways we could never have predicted. The “long strange trip” of it all provides a foundation for optimism I wouldn’t have otherwise.

In the first post I mentioned frugality in the context of character, choice, or chance. Then the Baron described his family’s inclinations to frugality when he was growing up. It was a choice for his family, and one he found congenial. For my family, frugality was the muddle we did to get through. Thus being frugal was grafted onto our living, eventually becoming second nature. My mother never quite adjusted; she always hoped that somehow the Laundry Fairy would show up and take that horrid pile away. Me? I was rather like Little Orphan Annie, bringing, if not order, at least some creative meals. Necessity made of me a cook and many years of practice burnished that into an effortless, creative pastime.

While considering the quality of chance in the context of my mother’s circumstances, I suddenly remembered her stories of the job she had as a young woman processing orders from all over the world for the Irish Sweepstakes. (If those young clerks arrived late for work in the morning, they were locked out of work for the day. Heavens, I’d have never fit in…)

Back then I believe lotteries had come to be forbidden by law in most places, including England and the U.S. But people bought those Irish tickets anyway; it was irresistible. And why not? Were we not raised on old fairy tales resonating with golden notions of sudden wealth?

They tricked out the Irish Sweepstakes in the garb of do-good charity for the Republic’s national hospitals. That was a clever selling point, relieving the buyer of his guilt at doing something illegal.

Like everything else in our culture, modern-day lotteries are bloated versions of the originals. The ubiquitous urban and rural glitter/litter of torn, discarded losing cards are merely signs of the times. Just think of the numbers involved in those scattered disappointments:

These tickets have a grand history: Lotteries were used to fund the American colonies and helped bankroll the young nation. In the 18th and 19th centuries, lotteries funded the expansion of Harvard and Yale and allowed the construction of railroads across the continent.

Since 1964, when New Hampshire introduced the first modern state lottery, governments have come to rely on gaming revenue. (Forty-three states and every Canadian province currently run lotteries.) In some states, the lottery accounts for more than 5 percent of education funding.

That’s a peculiarly small return for Virginia’s “education” system. Back when citizens of the Commonwealth were being sold the idea of a state lottery, the revenues were supposed to return far more than that to our schools. Obviously the overhead is heftier than we were led to believe. It usually is.

Several years ago I read an online treatise claiming that lottery winners tend to go through their ill-gotten gains and thus proceed from rags-to-riches-to-rags in no time flat. However, when I tried to find the research I remember from the 1990s, it’s been replaced by stories of winners’ successes. There’s even a Face book page for them. You can find varying statistics for the “happy” part of “ever after the lottery win” but the number I saw most frequently was 65%. That’s the percentage of people who do okay in the aftermath. There’s even a page of advice for those whom Fortune buries up to their necks in moola. Quite a somber, cautionary tale it is, too.

The Baron calls our lottery “a tax on stupidity”. However, I’m not so sure he’s right. It appears that some folks with good statistical skills can beat the game, at least some of the time. Here’s a woman who has her PhD in Statistics and four winning lottery cards:

The odds of this has been calculated at one in eighteen septillion and luck like this could only come once every quadrillion years.

Harper’s reporter Nathanial Rich recently wrote an article about Ms Ginther, which calls the validity of her ‘luck’ into question.

First, he points out, Ms Ginther is a former math professor with a PhD from Stanford University specialising in statistics.

A professor at the Institute for the Study of Gambling & Commercial Gaming at the University of Nevada, Reno, told Mr Rich: ‘When something this unlikely happens in a casino, you arrest ’em first and ask questions later.’

Well, yeah. But he’s from Nevada and who runs the casinos there??

There are several reports of statisticians who discovered a chink in the armor of these lottery cards’ algorithms. Wired reported one fellow’s experience in alerting the system about the problem. By the way, he’d figured out the Bingo game’s chink but when questioned about just beating the system by playing its weakness, he said he could make as much at his day job and it was far more interesting than scratching cards:

…As a trained statistician with degrees from MIT and Stanford University, Srivastava was intrigued by the technical problem posed by the lottery ticket. In fact, it reminded him a lot of his day job, which involves consulting for mining and oil companies.

This fellow’s job was analyzing the lay of the land — at least the underground part of it where mineral samples are found. He is sent samples and from those, he figures out the pattern of, say, gold deposits:

The numbers might seem random, as if the gold has just been scattered, but they’re actually not random at all. There are fundamental geologic forces that created those numbers. If I know the forces, I can decipher the samples. I can figure out how much gold is underground.”

He realized the same thing applied to scratch tickets:

“It wasn’t that hard,” Srivastava says. “I do the same kind of math all day long.”

…The apparent randomness of the scratch ticket was just a facade, a mathematical lie. And this meant that the lottery system might actually be solvable, just like those mining samples. “At the time, I had no intention of cracking the tickets,” he says. He was just curious about the algorithm that produced the numbers.

Read “Cracking the Scratch Lottery Code”. It’s a year old now, but a good story nonetheless. Please note that Mr. Srivastava obviously has enough. I can imagine a number of people who wouldn’t ‘get’ his perspective — i.e., getting money that way is essentially boring and trivial.

His experience doesn’t belie the fact that the money for lottery tickets is largely derived from the section of the population who draw government benefits. The poor. So welfare money from the government returns to the government via this “tax” on listless hopes. Perhaps that helps feed the Big Government notion that tax money is the government’s due. You OWE taxes. And what you owe ends up in some strange circular government shill games.

As our national prosperity declines, the push of lotteries may grow. Certainly the current push-BACK against higher taxation leaves the greedy in a bind. Cut spending? Frug-what?

To all our readers who buy lottery tickets: may your ships come sailing in, loaded and deep in the water with your fortunes. Meanwhile, maybe I can figure out how to stretch this chicken just a bit further.

Thanks, blessings on everyone who showed up at the tip jar today. Y’all know who you are but we like to let other readers know, too:

I swan, every time I see Illinois I’m surprised. And delighted! It must be the NOT-Obama factor at work? Whatever it is, our gratitude to those of you who suffer being of a different economic faith than the unionized socialists around you. And thanks for deciding to defy those folks by contributing to the project here.

2 thoughts on “Paying Your Nickel, Taking a Chance”