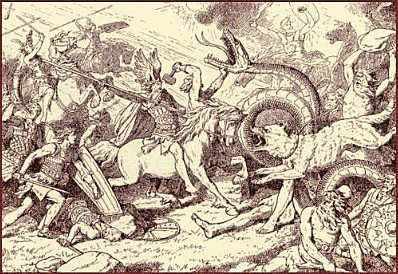 In a comment on Fjordman’s open letter to the Norwegian prime minister, Whiskey had this to say:

The PM is scared. Very scared. Why else “punch downwards” at … a blogger?

Really? It would be like Obama complaining about… Ace of Spades or Steve Sailer.

The PM is scared. When the EU collapses, and China bids up food prices even higher, no one will want to die for PC and multiculturalism. Neither will they want to be poor and starve for it (so Muslims coming as conquerors can have more). The easiest solution in hard times is to kick out the outsiders — Muslims.

This is elementary, and someone on the Left claiming a national mantle will obviously claim it. Hence the fear, and making an example of Fjordman. That’s extraordinary.

This is an excellent analysis of what is happening in Norway and the rest of the Multicultural West. Fear is in the air.

Fear of what Elisabeth Sabaditsch-Wolff had to say about Islam prompted the Austrian authorities to prosecute her for “denigrating” the Religion of Peace.

Fear of Tommy Robinson’s grassroots appeal has driven the British government to suppress him and the English Defence League with all the force of the law, the state, and the media.

Fearing the truths told by Geert Wilders, the Dutch government prosecuted the PVV leader, and when that failed, prosecuted him again.

In Switzerland, Sweden, Finland, Canada, Denmark, France, Italy, Australia, and Belgium, ordinary citizens and politicians alike have been harassed or prosecuted for speaking out against Islamization and mass immigration.

Fjordman drew more wrath than most, and not just because of Anders Behring Breivik, whose murderous spree made Fjordman a convenient scapegoat and placed him in the crosshairs of the Norwegian state. Fjordman does not just criticize immigration, Multiculturalism, and Islam: he also flenses the protective skin from the modern socialist welfare state, revealing its rotten totalitarian entrails.

His core message — that the traditional nations and cultures of Europe are being systematically and deliberately destroyed by the continent’s traitorous leaders — must be suppressed and discredited at all costs. Hence the fear. Hence the “disproportionate response”. Hence the no-holds-barred attacks on people like Fjordman.

The ad-hominoids sent by the state media to do battle with Fjordman were no match for his erudition and expert analysis, so Prime Minister Jens Stoltenberg himself was dispatched to denounce the young upstart in a speech to the nation.

That’s the sorry pass to which Norway has come.

And not just Norway: the rest of Europe as well.

In its attempt to destroy Fjordman and people like him, the European establishment is thwarting a last-ditch attempt to prevent its own destruction.

This is because Fjordman — like the rest of us in the Transatlantic Counterjihad — is a humane, decent, law-abiding person.

He has respect for civil society.

He believes in the rule of law.

This is not true of everyone whose overriding goal is to preserve the traditional nation-states of Europe and the European diaspora. Not everyone who loves his homeland is civil, non-violent, and law-abiding. As Whiskey points out, when the decent law-abiding people are thrust aside, crushed, driven into obscurity, and jailed, what sort of activists will remain?

The current system is nearing its endgame, and will not persist much longer. Who will take the reins of power when the dominant paradigm falls?

By suppressing Fjordman, and Elisabeth, and Geert, and Tommy — by denying decent, honorable, law-abiding people the right to preserve themselves, their families, and their way of life — the Powers That Be have cleared the deck for the emergence of forces that are much darker, much more ruthless, and far beyond their ability to control.

Something wicked this way comes.

I’ll have more to say on this topic tomorrow.

11 thoughts on “Punching Down”