Below is the latest installment of an ongoing series by Seneca III. 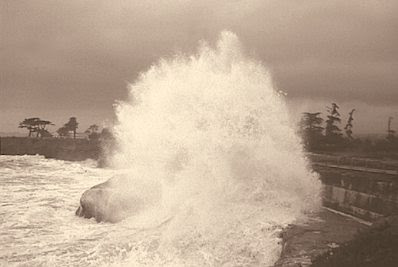 The Fourth Dimension of Warfare

Part IIA— Revolt to Revolution, its Potential and Development

Epilogue as a prologue:

The tides of human affairs rarely rise and fall to a regular timetable, unlike those of the oceans with their predictable lunar rhythms. Rather, the mass consciousness of nation states ebbs and flows in fits and starts, with long periods of slack water followed by furious surges. Here, now, on the eve of the third year of the second decade of the 21st century we find ourselves yet again on the cusp of such a surge. In greater numbers we are awakening to the sobering reality that all but a few of the freedoms we for so long and so carelessly took for granted have been spirited away during the times of affluence and indulgence, and that we in the West have degenerated into little more than a collective of embryonic police states.

“All men are created equal.”
— Thomas Jefferson, the Declaration of Independence, 1776, in refutation of the concept of the Divine Right of Kings

“Power tends to corrupt, and absolute power corrupts absolutely.”
— Lord Acton, historian, philosopher and moralist in a letter to Bishop Mandell Creighton in 1887

The social atmosphere is that of a besieged city. And at the same time the consciousness of being at war, and therefore in danger, makes the handing-over of all power to a small caste seem the natural, unavoidable condition of survival.”
— George Orwell, ‘1984’

“First we shape our institutions, then they shape us. And when those institutions break the covenant we must reshape them, as often as is necessary.”
— Seneca III

In Britain and continental Europe functional democracy is dying, and it is dying for three specific reasons:

Essentially, we have been occupied, and this is the defining condition without which a future of revolt, and eventually revolution, would not be approaching our near horizon. But now our circumstances are so changed, so completely parlous, that such a justifiable response may before long be initiated and perhaps even implemented by an emerging entity, the newly disenfranchised.

And, with the death of democracy, the only mechanism left by which such an adjustment could be effected is People’s War — which I have little doubt is an inevitable consequence of the cultural demographic changes enforced throughout the West against the will of its peoples. It will happen, and it will happen when all or most of the six conditions for the successful prosecution of Peoples War fall into place. They are as follows…

…and the battlefronts of People’s War are:

Consequently, in view of recent subtle changes in the general mindset of so many of the long-indoctrinated — the ‘time of awakening’ as it may come to be known — this monograph has been written in order to examine in some detail the first two conditions for these are, arguably, hard by the door.

Furthermore, I am of the opinion that they constitute the most important components of the struggle, the buried bricks and mortar of the foundations that will later be needed to support those who choose to make their stand. Other than that, only time and future developments will tell if this series of essays continues, or ends right here. The reconstruction of our way of life must progress one step at a time, as with any infant setting forth into the unknown.

First and foremost a revolutionary potential must exist. It cannot be artificially created, for no revolution can succeed on the back of a conspiracy. If the potential does not exist, or is not seen to exist by sufficient numbers or the people, all proto-revolutionary activities, including any public debate and/or the formation of mutual interest/protest groupings, will be ruthlessly crushed by the enforcement arms of the system in power.

This, of course, is the usual fate of premature revolutionaries who have mistaken their personal enthusiasm for real revolutionary potential. We have already seen the first responses to such from the entrenched interests — the introduction of swathes of new laws designed to protect and excuse the invaders and keep them immune from accountability; our freedom of speech taken away from us by the very people we have appointed to guard it; the prosecution and persecution of any who dare to speak the real truths in the face of a barrage of government-institutionalised disinformation, category error and logic failure and the selection and promotion of politicised judges and senior police and military officers who have totally abnegated their traditional impartiality, to mention but a few.

Nevertheless, such things cannot be hidden from the public’s awareness forever. Thus, historically, whenever a sufficiently large proportion of the populace do become aware, revolts and revolutions are the means by which they choose to reclaim their identity either from foreign domination, or from repressive internal circumstances or — as is the case in Britain and continental Europe — from a malignant alliance of the two.

Nor does a revolutionary environment necessarily mean that the oppressed are openly enslaved, only that such a fate is recognised as an eventual objective of the oppressors. The enslavement is a subtle work in progress carried out one small step at a time. Nor does it necessarily mean that they are particularly hard done-by in economic terms, although, if they are, economic hardship functions as an accelerator of the revolutionary process.

A revolutionary fervour in a people is initiated when their social and political achievements have been so denigrated and deconstructed, and any further development has been so retarded by events out of their control, that they feel repressed.

Initially this is only felt acutely by a minority, and even for them it is a long, hard road to knowing they are repressed, to understanding how, and then to direct action. The gap between feeling and action can only be finally closed when condition three eventuates, when high-grade revolutionary leadership has emerged, leadership with some compelling philosophical, political or social agenda and the ability to develop and direct the necessary organisations.

To summarise: A revolutionary potential exists when the normal evolutionary process of a society has been stemmed or diverted over a long period; when a self-perpetuating hierarchy has retained control of governance over this period; when considerable changes have taken place in the economic base of society causing similar changes in social grouping; and when existing social and cultural mores are being destroyed in favour of new, alien ideologies.

Revolutions do not occur where people are hungry and weak, as the chilling North Korean example illustrates so well.

The effort and sacrifice required for such an undertaking demand an amount of human physical and mental energy that is only available to those who are reasonably healthy and adequately fed and, also, because the principal requirement for the rise of a revolutionary situation is the fear of deprivation coupled with rising expectations.

I use the phrase ‘rising expectations’ in this context where…

The second requirement is a state of community conflict where the expectations and the self-interested demands of different economic, political, religious or racial groups results in low- to medium-level conflict, riot and protest, invariably accompanied by a selective application of the law for the benefit of one particular group and to the detriment of others.

Thirdly, failure of the governmental system in that…

Fourthly, the failure of political initiative, which occurs when it becomes blindingly obvious to a significant percentage of the electorate that a solution through means of the ballot box is no longer a viable option, and they cast around for alternatives. This is the break-point in the revolutionary situation. By this stage, the third condition for people’s revolutionary war should have emerged — quality leadership and sound organisation.

And so, when all of the above conditions are met at the same time and place, it will begin.

It will be a time of trial for all, and its outcome will be indeterminate.

I say again, as I have said so many times before “Damn them all! Throughout the West successive governments have deliberately filled the pressure cooker, clamped down the lid and stoked a fire beneath. Now, driven not by the laws of physics but by the compelling pressure of territorial imperative, it is almost certain to blow.”

Prologue as an epilogue;

In John Milton’s Paradise Lost the author describes the abortive coup d’état by Lucifer and his followers, the banished (fallen) angels who were contemplating making another attempt to seize Heaven. Moloch proposed formal, full frontal operations “Armed with hell flames and fury all at once.” But Beelzebub disagreed — he proposed something quite different:

“Thither let us bend our thoughts, to learn
What creatures there inhabit, of what mould
Or substance, how endued, and what their power,
And what their weaknesses, how attempted best,
By force of subtlety.”

Whilst the scenario we in the West face is one where the roles are quite reversed, where the coup succeeded and once free men and women are the ones cast out of their heaven, Beelzebub’s suggestion remains our best option, our best hope. Thus when this dawning new year opens, so does a small door of opportunity. We stand on the threshold of a period wherein it will be possible, just about possible, for us to gather together in numbers, determined once and for all that we will not be herded into the slave pit of a new dark age by those ‘progressives’ who seek to impose yet more of their dysfunctional Multiculturalism upon us. We must resist with every thought and sinew their weapon of choice, that puling excrescence in our midst, Islam, which grows ever stronger and ever more numerous, acquisitive, demanding and openly threatening by the day.

These really are momentous times, and we must use them but wisely and with some courage. If we are to survive this onslaught, enough of us must make the effort, make the sacrifices, step forward, stand firm and seize the future for ourselves and for our children.

We must unite in like mind across all of Europe and the Anglosphere. We must become a functional Reconstructionist Movement, for if we do not, we will lose our way of life in its entirety, and night will descend.

This essay has been compiled from an incomplete collection of notes, the earliest dating back to the time of The Satanic Verses debacle (when the true nature of the Islamic threat finally surfaced in the public domain in the form of the first book burnings on European streets since the time of the Nazis). Several of the sources it would have been courteous of me to cite precisely have been lost, lent or stolen. I cite them hereunder from memory, and incomplete in detail, for I suspect I have either plagiarised them mercilessly or owe them much for their breadth of concept and depth of scholarship:

And those relatively new or still in the piles:

65 thoughts on “A Furious Tide”