As a follow-up on last night’s report about Irshad Manji and Tofik Dibi, our Dutch correspondent H. Numan sends this essay about the fine line Tofik Dibi is walking between taqiyya and apostasy.

The author was moved to write his analysis after reading “Islam is Fear”.

The Watchers
by H. Numan

What Tofik experienced was a first pleasant handshake with some of The Watchers. I have no idea who Tofik is trying to fool — most likely himself. For he should know very well that some things are not done. 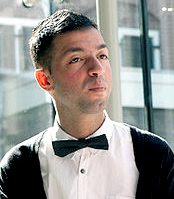 That applies to all of society, but more specifically to religion in general and Islam in particular.

Most of the readers are not really familiar with Islam. Good for them! Lots of people envy them. So let’s choose some examples closer to home.

Ever been to an adult bookstore? Of course you have. Most adults have, if only once to see what’s there. Very few will openly admit it. Because society as a whole does not approve of it. If you live in the Bible Belt, you will keep those visits as secret as possible. One may have to go to great lengths to avoid “The Watchers”.

You know The Watchers: Mrs. Sally Hypocrite, retired citizen and devout church member. She doesn’t go out much, but she doesn’t miss anything in her street. Or Mr. Barry Bigot. A leading member of the church, with many axes to grind.

If anyone is spotted by them, they are reported to the minister. They will not rest until the congregation corrects the behavior of those offenders. They are The Watchers in Western society. Every city and village has them.

Fortunately, they are essentially toothless tigers. All they can do is harass someone. They may slander or gossip, but they will not resort to violence. If you can afford to ignore them, you have no problem with them. That’s easier to do in a big city than a small village. That’s the reason why the Bible Belt is able to remain the Bible Belt.

Now, imagine exactly the same thing, but a million time worse. Those are The Watchers in Islam. The same people. But on steroids. You don’t need a lot of them. Just look at the Bible Belt. A few will do very nicely.

Any Muslim community, mind you. Not Cave #666 in Afghanistan where Osama was residing, but also Los Angeles or New York. Any place where Muslims live.

The Watchers have to be more careful. That’s all. Usually they are. Making a few appearances is often enough.

Tofik Dibi should know this very well. He is a Muslim. He can say lots of things. As long as he lies to promote Islam, anything goes. But he shouldn’t start walking next to his shoes. There is only one form of Islam: it already is democratic. You can democratically decide to worship Allah or not.

If Tofik still thinks (what he says in public is an entirely different matter) he can ignore The Watchers he’ll find out he is dead wrong. Islam has 1400 years of experience in getting rid of heretics.

Either he tunes down, or he will need more protection than Geert Wilders has. Of course Tofik knows that. But he prefers to ignore it.

Many years ago (at least a decade or two) a friend of mine married a Muslim woman. He said very casually that there is a fully working shadow government already in every country with a substantial Muslim population.

The mosque is the town hall. With the imam as mayor and judge. Muslim information centers act as intelligence agencies and (internal) police force. Even if the community is small, as it was back then, everybody is being watched. All the time. When he was away, he got visits — or actually his wife did — from devout community members. To make sure that the infidel wasn’t trying to convert her. To check if she was religious enough. To see if their children were raised as Muslims.

That was over two decades ago, when the community was relatively small. Today it’s huge. They already have a deniable army: all those Muslim juvenile criminals don’t act against Muslims, but target almost exclusively non-Muslims.

The time is not too far in the future they will be able to flex their muscles for real. As Tofik will find out to his regret. Liberal Muslims exist; that is true enough. Only they are an insignificant minority. Always have been and always will be. That is the way Islam works.

11 thoughts on “The Watchers”