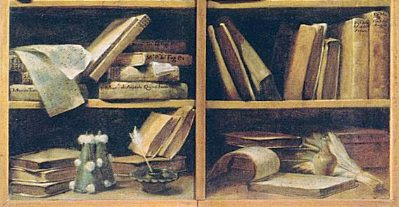 Geir Lippestad, the defense lawyer for Anders Behring Breivik, intends to haul Fjordman and Hans Rustad (the editor of Document.no) into court to testify on his client’s behalf. According to Mr. Lippestad, the two “right-wing extremists” influenced Mr. Breivik with their writings and websites, and are therefore partially responsible for the killer’s actions on July 22.

To most people outside of Scandinavia these assertions are the height of absurdity. But Norwegians take such matters very seriously. Breivik liked to read Fjordman, and he liked to hang out and comment at Document.no, so those two “influences” are complicit. Q.E.D., Norwegian-style.

But what about the other influences on Anders Behring Breivik? His 1,500-page manifesto contains plenty of references to other people, movies, books, sites, weapons, etc. What else did he like? What did he dislike?

Thanks to the tireless efforts of a group known as the Transatlantic Statistical Underground, the sources cited by Mr. Breivik in his manifesto have been collected in exhaustive detail and compiled into a spreadsheet with more than 900 entries. I’ve imported their data into a database and normalized it so that the results could be summarized for further analysis.

Below is the first of two tables derived from the Breivik data. This list shows the people (both living and dead) referenced by the killer, and how he regarded them — like, dislike, or neutral, or some combination of all three if he cited them more than once. The second table will be more difficult to compile, since it contains all his other citations — books, video games, movies, music, organizations, products, weapons, etc.

We don’t have a TV, so I probably included some entries that are titles of TV shows rather than names of actual people. But by and large this is a list of people, some of them grouped together as joint authors of books.

The number listed for each name or group does not refer to how often the source was mentioned, but to the number of individual citations in a section, paragraph, or group of sentences.

Fjordman, of course, gets top billing, with twenty-one citations. But Hans Rustad, who is almost as vilified as Fjordman in Norway nowadays, is only cited once.

In contrast, Robert Spencer is cited (and liked) four times by Mr. Breivik. Daniel Pipes gets three approvals. So why didn’t Mr. Lippestad subpoena the two American “Islamophobes” as well?

The answer is obvious: these other people are not Norwegian. Serving a subpoena on foreigners is not a particularly productive tactic. The defense is grabbing for the low-hanging fruit instead. Anders Behring Breivik didn’t cite very many Norwegians with approval, so Fjordman and Hans Rustad will have to bear the brunt of the scapegoating.

The list below contains 459 entries (some containing more than one person). It’s in tabular format, so that readers may easily copy and import it into other applications for further analysis:

People cited by Anders Behring Breivik in his manifesto

11 thoughts on “Breivik: Likes and Dislikes, Part One”