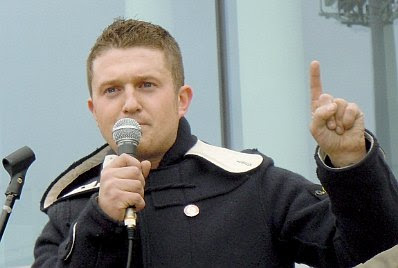 Tommy Robinson has sent a message today to his supporters in the English Defence League. He wants everyone to know he is recovering well from his injuries, and will soon be as good as new.

Tommy says he is now in Luton Town Centre “standing on his own and proud”. He also says that 2012 will be the start of a new era for the EDL.

Concerning last Thursday’s attack by “youths”, Tommy reports that the Luton police are treating the incident as a “racially-motivated crime”.

He also says he will be releasing a new video within the next few days.

His primary concerns, as usual, are for his children and his mother. The latter is in extremely poor health at the moment.

Tommy extends his “best wishes to every single one of you for a fantastic New Year”, and says he “can’t wait to be at the front in 2012!”

9 thoughts on “A Message From Tommy Robinson”