Veterans Day doesn’t get much attention in America anymore. We’re so cool and post-warrior, don’t you know…

I don’t mean that the observance is wholly ignored; federal employees are still given the day off. But the parades are gone, and most of the noise. Those with an investment — a son, a father, a brother or sister lost in battle — give the day its share of gravitas. But patriotism has been tainted via the long, arduous efforts of the Left to make love of country suspect, and appreciation of valor an aberration. 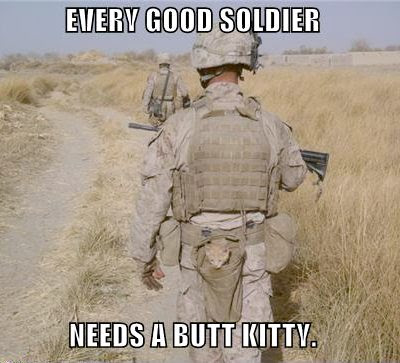 Fortunately it’s not like that everywhere. Here in flyover country, the military garners admiration and boys still sign up to “serve”. President Obama, required by law to “appreciate” our veterans, put out the usual boilerplate:

…On Veterans Day, we pay tribute to our veterans, to the fallen, and to their families. To honor their contributions to our Nation, let us strive with renewed determination to keep the promises we have made to all who have answered our country’s call. As we fulfill our obligations to them, we keep faith with the patriots who have risked their lives to preserve our Union, and with the ideals of service and sacrifice upon which our Republic was founded.

With respect for and in recognition of the contributions our service members have made to the cause of peace and freedom around the world, the Congress has provided (5 U.S.C. 6103(a)) that November 11 of each year shall be set aside as a legal public holiday to honor our Nation’s veterans.

NOW, THEREFORE, I, BARACK OBAMA, President of the United States of America, do hereby proclaim November 11, 2011, as Veterans Day. I encourage all Americans to recognize the valor and sacrifice of our veterans through appropriate public ceremonies and private prayers. I call upon Federal, State, and local officials to display the flag of the United States and to participate in patriotic activities in their communities. I call on all Americans, including civic and fraternal organizations, places of worship, schools, and communities to support this day with commemorative expressions and programs.

IN WITNESS WHEREOF, I have hereunto set my hand this third day of November, in the year of our Lord two thousand eleven, and of the Independence of the United States of America the two hundred and thirty-sixth.

For those who follow the news, perhaps you could tell the rest of us if our President visited Arlington Cemetery to lay a wreath at the Tomb of the Unknown Soldier? Given the short shrift the military gets under this administration I haven’t the heart to look. Meanwhile, I wish we had an amendment that required military service as a requisite for ‘serving’ as President. It would make a tremendous difference in the way the military is treated, and in our foreign policy. In my humble opinion.

It’s heartening that Britain still carries on the tradition of wearing poppies to honor those who fell in battle. We can argue whether or not World War I was necessary, but no one can argue with the tragedy of losing so many of the cohort of young men in Europe for two successive generations. Is that one of the reasons Europe is sliding down to senescence? It took another two generations for the damage to show, but it is now horrifically clear what the costs of those two wars really were. We lost those men and we lost the children they would have fathered. And the remnant somehow lost hope in the future.

I remember the paper poppies here not so many years ago, but I don’t see them anymore. Again, if our readers could let me know if they’ve spotted any here in the US. I saw a photo of a British politician this week and he was sporting one in his lapel. I haven’t seen any on his American counterparts.

A few weeks ago an Australian reader sent us a video and asked us to post it in support of Australia’s soldiers. I reminded him Veterans Day was coming soon, so we agreed it would be shown today. I include in that remembrance all the military forces in the West who serve to protect what is left of our culture.

Here’s what our Australian veteran had to say:

I served in Vietnam with the Australian Army (also on attachment with the US Army and having served in combat with them I am an honourable life member of your 21st [Tropic Lightning] Infantry Division).

The President of our Regimental Association has just sent all members a link to a video and asked us to disseminate it as far as possible. It did occur to me that despite the fact GoV is not a military blog it might be appropriate in the sense that a wider awareness of the fact that many others in the West are responding to the Jihad could do no harm.

It’s a quite an emotional plea, eight minutes in length and well-made, although I must admit my response to it comes from a very, very personal and subjective viewpoint.

The video is below the fold. There is also a snip from Lt. Col. Allen West’s message for Veterans Day. Surely a favorite soldier for many of us. Please take a look at some of his ideas on how to improve the present situation:

First, Representative West, who notes that the battlefield today is far more complicated than it was when he was commissioned in 1982 when it was the US vs. the USSR. How times have changed !

That paradigm has completely disappeared, leaving in its place an asymmetrical battlefield with non-uniformed, non-state belligerents using unconventional weapons and tactics. If the United States is going to be successful in protecting its citizens and interests, it must quickly understand and adapt to this new battlefield and be prepared for success and victory.

While America may lack an appropriate strategic level perspective, we will never lose at the tactical level on the ground because the United States has the best soldiers, sailors, airmen, Marines and Coast Guardsmen the world has ever known. But without the correct strategic and operational goals and objectives, we will find ourselves on the proverbial hamster wheel. No matter how much effort we exert on the wheel, we will not make forward progress.

The confusion is apparent when we see the failure to correctly identify the enemy. Allen says a concept — e.g., terrorism — is not an entity:

…we cannot narrowly define the enemy as simply al-Qaida or the Taliban. It is just as ridiculous to say we declared war against the 12th German Panzer Division or the 55th Japanese Infantry Regiment in World War II or the 7th Guards Tank Division during the Cold War.

Before the rise of al-Qaida, the terrorist group which had inflicted the most damage on the United States was Hezbollah. Now Hezbollah has become a very capable military force, albeit one without state or uniform — so capable in fact, it has armed missiles within striking distance of every city in Israel.

The Obama administration has failed to identify Hezbollah as an enemy. On this 21st century battlefield we are not fighting against a single organization, leader or nation. We are fighting against the ideology of Islamic totalitarianism, manifested at a tactical level as terrorism, which knows no country and recognizes no borders.

So we have a hydra-headed enemy which operates worldwide and which craven politicians refuse to name. Significantly, Allen nails it: Islamic totalitarianism is what we fight, in all its myriad representations. Jihad means never having to apologize for killing the innocent, for in their world view NO ONE is innocent, none are bystanders. We wrestle with 7th century barbarism, with death-lovers, or — as President Bush said before they stuck a rag in his mouth — with evil.

Lt. Col. West goes on to specify four strategies to be employed against Islamic totalitarians. Or, as he says in military speak, “specific strategic level objectives”. Here is the link. I urge you to scroll down past his intro to his four ideas and see if you don’t agree with what he says.

And finally, the Australian video, obviously done with love and admiration. Here in flyover country, this paean to military virtues resounds mightily. How sad, and how telling, that it begins defensively, shielding itself against those who hate the military:

Here’s to our military, the backbone of our nation.