The Organization for Security and Cooperation in Europe reconvened today at OSCE Headquarters in Vienna with a follow-up on its meeting from two weeks ago. It was the first day of a two-day event, the Supplementary Human Dimension Meeting on Prevention of Racism, Xenophobia and Hate Crimes Through Educational Awareness Raising Initiatives. 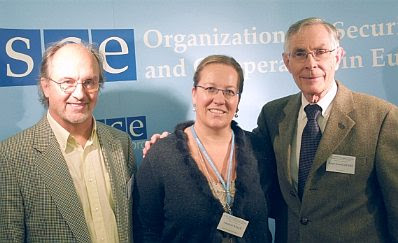 
The paper officially presented by Henrik at today’s meeting will be posted separately. See the bottom of this post for videos of Elisabeth and Bruce Lieske.

Elisabeth had this to say about her encounter with the British delegation on the eve of Remembrance Day:

During a break between sessions, I noticed that members of the UK delegation were wearing poppies in the buttonholes on their suits. Henrik and I went up to the deputy ambassador and told him we knew what it means. While Henrik took photos, I asked the deputy if he knew the EDL. He said he did, but knew nothing else. I told him the story and how the EDL stands up for what is British.

He was not unfriendly, rather curious, and was aware of the EDL’s FIFA action in Zurich.

He told me that whatever happens, he will always wear his poppy. 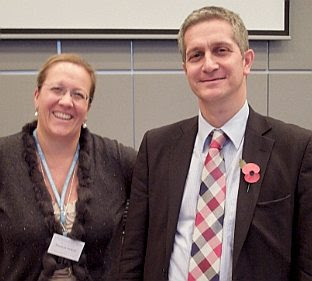 Referring to the statement by the keynote speaker, Pax Europa once again asks for a clarification of the term “extremist speech.” Who decides what constitutes “hate speech?”

Pax Europa firmly believes that cannot be the state’s responsibility to regulate citizens’ opinion, and in particular that speaking the documentable truth must never be punishable under the law.

Bruce Lieske speaking on behalf of ACT! for America:

Many thanks to Vlad Tepes for uploading these videos.

2 thoughts on “The OSCE Fights Racism and Xenophobia in Vienna”