A horrific crime was committed last weekend in the vicinity of Gullestrup, a suburb of Herning in central Jutland. Kitman compiled the following report on the case, based on translated excerpts from Danish media articles and the blog Uriasposten.

Warning: The post below describes brutal violence against a small child. Readers who are sensitive to such descriptions should not read past the jump. 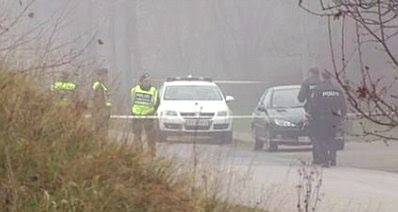 Earlier this week a rape case made headlines in the Danish press: “After Rape, a Lynch Atmosphere — Now There is War in Gullestrup”. But this is no ordinary rape case: the victim is a ten-year old indigenous Danish girl, and the suspected perpetrator is a 16-year-old boy of Somali background.

Ekstra Bladet talked with a friend of the father of the victim, who informed the paper that they would meet up, some 25 men armed with knives and baseball bats, and then go from door to door until they found the perpetrator. This however, was not the father’s intention.

Today further details of the case emerged in the local newspaper:

The rape committed against a 10-year-old girl from Gullestrup last Saturday, was much crueler than the public was told. That was revealed today at the initial questioning in Herning, as the accused rapist from Gullestrup appeared before the judge at 1:37pm

The accused, who pleaded not guilty, is facing three charges.

According to Ekstra Bladet’s paper edition, the accused recently returned from a so-called “educational tour of Somali culture and Islam” which allegedly changed his personality. “He and his little brother stumbled upon some [Somali] militants. They were brainwashed, and he became very quiet and thoughtful.”

He was only able to return without a passport “because he received help from his schoolmates and a former teacher in Gullestrup”.

The suspect fits the description, and the police claim to have secured “forensic evidence which definitively places the suspect at the scene of the crime.”