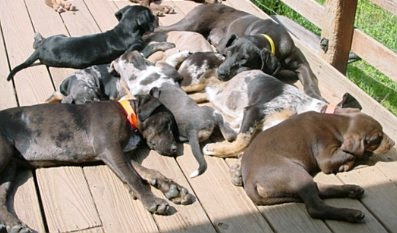 In our first fundraising post I mentioned a new wrinkle this time around: using endorsements from people of accomplishment, people we admire and whose point of view is congenial to ours. The idea of enlisting others in our money-raising project occurred to me in the course of contemplating the notion of community itself. Obviously the word has a myriad of definitions and connotations, not to mention the serious amounts of baggage left from its bastardization in the 1960s, a decade which began the ruination of so many previously useful words.

With that idea in mind, I wrote to six people I admire, asking them to send a few paragraphs about Gates of Vienna, about what it signifies to them. Each of them quickly responded cheerfully to my request (she sighs with relief). In the course of this week, you’ll be introduced to them, one day at a time.

Of course a problem arose: in what order should we present them? We chose to rely on the old “star” system, using an alphabetized ordering. We could have gone by age, I suppose, but that might not be too cool given the skewered notions our culture gives to age — too young, too old, etc. So alphabet it will be, and our first endorsement is a ‘B’, as in Dr. Norman Berdichevsky.

Have you heard of Norm? I hadn’t until a few years ago. It was when the New English Review was holding one of its symposia in Nashville. I badly wanted the Baron to attend since the subject matter was right up his alley. However, he was going to be in Europe for part of that time. Besides, the old money constraints reared their ugly necessities (the cost of a trip to Europe? It was underwritten by Europeans of course).

At any rate, no matter how I finagled that bagel it was still too much money especially when figuring in the cost of lodgings. Ah well. He wouldn’t be there. But that didn’t mean the speakers’ backgrounds didn’t offer new information; new to me in any case. One name in particular stood out: Norman Berdichevsky, PhD. And it wasn’t for his talk (I don’t remember now) but for a book listed in his brief bio. If ever I’d seen a book for the Baron, this was it:The Danish-German Border Dispute, 1815-2001: Aspects of Cultural and Demographic Politics. Wow. Denmark and Germany shared a border? Who knew? Well, the Baron knew, of course, but I know our bookshelves well and that subject wasn’t on them. It is so seldom I can find a book the B didn’t know so I ordered it quickly and put it away as a present*.

Meanwhile, I began to read the titles of his essays on the New English Review arhive page, and was fascinated. For example, “The Casey Anthony Trial and the Rashomon Complex”? That was the first time I was even tempted to look at the media circus trial of Ms. Anthony. Or how about this one? The Kurds deserve their own state and NB makes their case, even providing a map of the most likely area.

In other words, Mr. Berdichevsky covers a broad swath: everything from the Constitution to the Torah to the Rubaiyat to cricket to Uruguay. His archive alone would provide an education for any aspiring mind.

*[By the way, I’m told buying a gift for the person who has everything is difficult. But existing in another universe is the guy who doesn’t really want stuff. As long as the Baron has good (good enough) coffee, bittersweet chocolate (sufficiently ‘bitter’ is the key) and an occasional bottle of cheap inexpensive and a very very astounding value — as in Australian or Argentinean — red wine, he’s happy. I have to nibble at the corners of his interests to find “stuff” he would like]

Norman Berdichevsky seemed to have a different ‘take’ on things, as the book eventually proved. After he wrote The Left is Seldom Right [see sidebar for his Amazon link], Norm entered the 20th century with a website dedicated to his work. For someone of his deep and broad accomplishments, this site was long overdue. You have to read it to believe what he’s done and where he’s been. But then you’re left scratching your head and asking what exactly is his specific academic discipline. His expertise ranges from economics to languages to cultures to…be there a PhD for Renaissance Man?

[That map is designed to show the economics of human geography. Click on the wiki to see.]

Until I read Norm’s work (and saw mention of another specialist in this field recently) I hadn’t realized such an academic area existed. I asked Norm what that meant exactly. What is a human geographer? He replied by email:

Geography was abolished in many American universities that preferred to look at man/land issues and questions through a myriad of subjects starting with “social studies” in grade school and then… sociology, anthropology, economics, political science, etc. thereby losing a spatial perspective.

You and I both know how miserably American high school grads perform on geography quizzes. I doubt the avaerage college grad fares much better. At any rate, Norm’s academic foundation certainly paved the way for his writing and teaching career. I could derail this fundraising post just talking about his field. (Instead, I’ll devote a separate essay to exploring human geography.)

I mentioned his book, The Left is Seldom Right, but he also published- almost in tandem with Left — a book sure to warm the hearts of many of our readers.: An Introduction to Danish Culture. Norm lived in Denmark and taught there. Thus, his knowledge of the Danes appears, to this American at least, to be well above the usual tourist’s “guide”. This is a book for those who want to understand Denmark’s history and her culture. Norm approaches the subject from the perspectives of both his training and of his admiration for the very special Danish point of view. And let me tell you, that point of view takes some explaining!

Here’s one reviewer’s take on An Introduction to Danish Culture:

…It is a substantial contribution to the gaps in the English language literature about Denmark. The book covers the essential regional uniqueness of the country’s constituent parts including the overseas outliers of the Faroes, Greenland and Bornholm, biographies of eleven important historical figures and contemporary personalities including the Queen and the late great much beloved Danish-American humorist Victor Borge…

For me, the place in history where America and Denmark intersect was a surprise. I had no idea that the Virgin Islands had once been the Danish West Indies. Read a book by Norm Berdichevsky and you begin to see how large are the gaps in your education.

There is much in that book to like. One of my favorites is his elucidation of the term “hygge”. You can google that one, but it won’t give you the in-depth explanation provided in this book. No wonder the Baron loves Denmark. Hygge is a basic part of his personality. We don’t have a word in English for this idea so think of “cozy”, apply it to many areas and you’ve got at least a small inkling. I’m hoping some of our Danish readers will comment on this part of their culture.

So now you know a bit about one of my favorite people. With his background in mind, I present his commendation of Gates of Vienna. Considering its author, this is great praise indeed. He says:

I recently spoke at a meeting for ACT! for America on the subject of Jihad. Almost everyone in the audience of about sixty people was familiar with the Muslim conquest of the Iberian Peninsula and the long seven-hundred-year struggle of the Spanish and Portuguese peoples to restore their Catholic and Latin heritage. Yet only one couple in the audience was aware that the height of Ottoman power reached the Gates of Vienna in 1529 (first siege) before being beaten and slowly forced to retreat thereby saving Central Europe from Islamization.

For the next 150 years the battlefield shifted back and forth before the forces of the Ottoman Sultan and the war cry of Jihad ‘Allahu Akhbar’ again reached the Gates of Vienna in 1683 (second siege) and when the European powers were finally mobilized to decisively defeat their Muslim enemies and save European civilization.

The Gates of Vienna is thus a name well chosen by the blog that stands at the vanguard of the resistance to the apologists for Islam and those who practice deception (taqiyya) pretending that Islam is a ‘Noble Religion of Peace’. Al-Taqiyya, from the verb Ittaqu, means to avoid the threat by all means and simulate whatever status (most frequently as the victim) you need in order to win the war against the infidels and to infiltrate their ranks. First and foremost, our defense must rely on knowledge to expose the impostors.

Like those who manned the gates and the ramparts and watchtowers of Vienna, the chief editors, Baron Bodissey and Dymphna, are among the most astute and journalistically prepared to analyze trends. Their website is tuned in to the keenest sources in Europe and around the globe to provide the most up-to-date and relevant information on what is shaping up as The Third Siege. I have consistently found Gates of Vienna to be among the top sources of “scoops” in preparing for what comes next.

Well! If I didn’t admire Norm before, his encomium now cements my affection in place.

I’ll be talking about human geography in a separate post.

Thanks to all who gave to the fundraiser on Monday. You’ll be hearing from me soon.