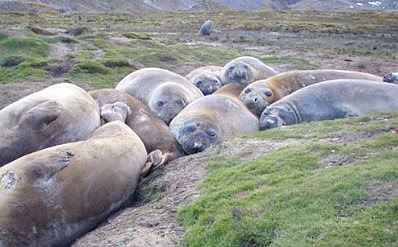 
We arrive at the end of our alphabetical list with a fundraising testimonial from the Hon. Paul Weston.

Paul has been contributing essays to this space for almost four years. He is now the chairman of the British Freedom Party, which has gained new prominence since yesterday’s endorsement by the English Defence League.

Here’s what he had to say about the Gates of Vienna community:

If the West is to survive this century, then it will do so because of sites such as Gates of Vienna, and of people like Baron and Dymphna. Readers new to GoV may not be aware of the crucial part it played back in 2007, when the disparate historians, bloggers, writers and politicians came together for that first historic conference in Brussels.

This simply would not have happened without Gates of Vienna, and it is doubtful whether many of the Counterjihad entities currently in existence could possibly have formed without the contacts that were first made in 2007, and expanded upon at every subsequent annual conference.

And then there is the website itself. Baron and Dymphna are unique in their ability to present a violent and difficult subject like Islam to its readers in a humane, moral and civilised manner, which can be appreciated by people who want to see some philosophical basis to the argument, through to those who just want the basic facts.

They make a great personal sacrifice to bring GoV to life every day, and if we wish to benefit from this then we too must make a sacrifice in the form of donating some dosh, some folding, some moolah, some bucks.

So please dig deep, I know times are hard but the future could be much harder if GoV was broken today on the wheel of penury. The Western world needs Gates of Vienna operating on a daily basis, and to continue organising behind the scenes on matters of crucial importance.

In June 1940, Winston Churchill stated: “What General Weygand called the Battle of France is over. I expect that the Battle of Britain is about to begin. Upon this battle depends the survival of Christian civilisation.”

Well, here we are again, but not with Spitfires and Hurricanes this time. No Douglas Baders or Johnnie Johnsons in this one. But those at the forefront of our new war are doing exactly the same job as their 1940 counterparts, and Gates of Vienna is very much at the forefront.

So please, dig deep into your pockets and dig for victory.

Many thanks to Paul Weston for his encomium, and to all our supporters in the UK.

The emergence of British Freedom in association with the EDL has produced more optimism in Britain than I have heard in a long time. It’s a privilege to be involved in these historic events.

Yesterday’s generosity came flowing in from:

Our deepest thanks to everyone who has contributed thus far.