Dr. Srdja Trifkovic will give a lecture next month in Manhattan. This just came in from the people at Chronicles:

Chronicles Magazine, in cooperation with the Lord Byron Foundation, presents

The Twilight of the Empire:
Global Consequences of America’s Decline

a lecture by Srdja Trifkovic 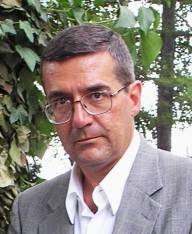 America is no longer able to bear the financial burden of her military and political commitments around the world.

The only solution is to accept the limits of American power and to establish a rational correlation between its ends and means — in other words, to turn America into a “normal” power pursuing limited political, economic and military objectives in a world populated by other powers doing the same.

Washingtonian foreign-policy formulators and practitioners remain wholly unwilling to do any such thing, however, and history teaches us that a declining hegemonistic power is prone to rash gambles.

Can the fatal continuity of imperial assumptions and practices inside the Beltway be broken without a major war?

Dr. Trifkovic, foreign affairs editor of Chronicles, will address this most pressing global issue of our time.

One thought on “Srdja Trifkovic in Manhattan”