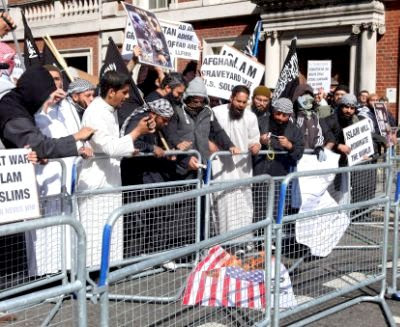 We are so sorry for today’s events, and would like to say sorry on behalf of the British public.

Our efforts to try and stop MAC today have resulted in two good lads being stabbed, running battles on Oxford Street, Hyde Park-Speakers Corner, Edgeware Road, and all around your Embassy.

It is our everlasting shame that our Government is too weak to make a stand against Radical Islam.

Two more photos are below the jump: 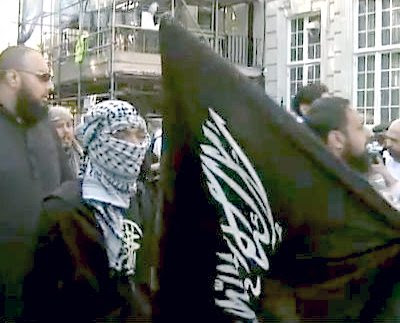 Thanks to Kitman and Vlad Tepes for finding the photos.

8 thoughts on “Update: A Message to the USA from the EDL”