Our Austrian correspondent Elisabeth Sabaditsch-Wolff was one of those invited to the Freiheit rally in Berlin on Saturday. The following is her brief account of the day’s events. 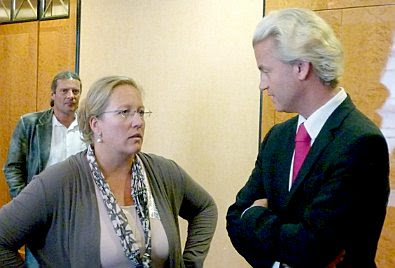 Report from Berlin
by Elisabeth Sabaditsch-Wolff

Much has happened since I first met Geert Wilders nearly a year ago.

In the intervening time he was put on trial by his own government for speaking the truth about Islam. So was I.

He was acquitted. I have not yet arrived at that point.

Neither of us will relent in our fight for freedom. Geert has shown us what is possible. All through his trial he stood straight and did not back off an inch from his beliefs. He showed the OIC the red line that it must not cross. He emerged from his ordeal not only a free man, but a role model for all freedom-loving people.

Meeting him again this past weekend in Berlin was a huge boost to my morale. I am eternally grateful for his support, past, present, and future.

Oskar Freysinger, the Swiss teacher, poet, and politician, also attended and spoke at Saturday’s rally. I met him for the first time in Paris in December 2010, where he gave a speech at the Anti-Islamization conference. Due to my non-existent French language skills I was unable to get the gist of his speech. Boy, did I miss out!

His speech in Berlin was riveting. He had the 800-plus audience in the palm of his hand, playing with us, making us laugh out loud and one sentence later, returning us to the brutal reality of what the EU and Islam stand for: the absence of freedom, shackles on both thought and lifestyle. In the end, he reminded us of what we all want: freedom and the Swiss model of democracy. 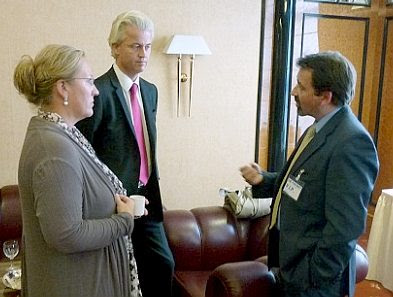 Robert Spencer, who had been on the speakers’ list, was unable to attend due to illness. He was represented by Sheik Yer’mami, who read Robert’s prepared speech to the audience and inserted some of his own comments. I am very grateful to him for mentioning my case and explaining its intricacies and the evil of the verdict.

I truly enjoyed meeting many of my supporters and friends. Especially enjoyable was the evening in the beer garden across the street from Angela Merkel’s seat of government — which we all anticipate she will vacate soon, stepping aside for René Stadtkewitz.

Germany will then be much better off than it is now. We can only hope the German electorate will realize this. 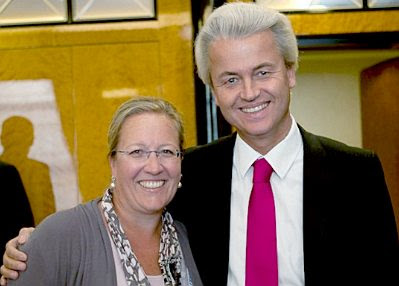