It makes me wince every time an Islam-critic says, “I’m not a racist.” 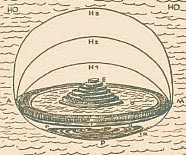 In making that statement he has inadvertently conceded the moral validity of accusing other people of racism. To say “I hate racism” is to admit that there is something wrong with people who don’t want their own culture to overwhelmed by the mass importation of antagonistic foreigners. It opens the door for those who label opponents of immigration as “racists” or “xenophobes”.

We must refuse to acknowledge the legitimacy of any arguments based on racism or xenophobia. All such arguments can only be conducted on the Left’s terms. By opposing mass immigration, we have automatically lost. There is no way we can win “racism”-based arguments unless we concede that mass immigration is acceptable. By engaging the multi-cultis on their own terms, we guarantee that we will lose, either by adopting the pro-immigration platform, or by being forced into the “racist” box.

Instead we must deny the validity of the underlying premises, and substitute our own. Our premise is that loyalty to one’s own kind is not just a moral good, it is a natural human instinct. It is as much a feature of our makeup as eating when we’re hungry or sleeping when we’re tired.

Arguments using “racism” employ invalid premises that are empirically untested and have no scientific backing. Therefore we refuse any discussions based on them.

Suppose our opponents believed that the world is flat. Every time we stated our case, we would then be accused of “roundism”.

So what would our response be?

“I’m not a roundist! I hate roundism! I think the world is just as flat as my opponent does!”

Yes, I admit it sounds outlandish. But the premise behind the “racism” fetish is just as spurious. The only reason it doesn’t seem crazy is that hundreds of millions of people believe it — or at least accept it as received truth.

It wasn’t so many centuries ago that most people thought the world was flat, but that didn’t make their assumption valid.

The Multicultural Project similarly depends on a host of a priori assumptions, none of which has been established as fact, and some of which are contradicted by the evidence.

It has never been demonstrated that members of vastly different cultures can live together in peace and harmony. Yet that is an unquestionable premise of the Multicultural Project. To doubt it in public is to risk losing your livelihood if you work in government, the media, or academia.

Throughout history widely differing cultures have only been able to coexist peacefully for any length of time if one has remained dominant over the others. A prominent example is the “Golden Age of Islam” in al-Andalus, which was “golden” only because the Moors dominated the Christians and the Jews.

Yet we are required to believe that a multicultural utopia can be created. When a false premise of this sort becomes unquestionable, it has assumed the status of religious dogma. One may not question the religious tenets of the Church of Multiculturalism, which tolerates no heresy.

Another major premise of the Multicultural Project is that there is no inherent biological predisposition among humans to prefer their own race over others.

Recent studies indicate otherwise, however: very young children, the youngest whose behavior can be observed, show a measurable preference for their close genetic relatives among their age-mates, and an aversion to those of significantly different genetic background. This would at least seem to throw the multicultural premise into question.

Yet the social services community was adamant in its response to these findings: their conclusion was that parents begin indoctrinating their children with racist attitudes at an early age. The results simply underscore the necessity for outside intervention in the family as early as possible. Otherwise, infants may be taught to be “intolerant”, and we can’t have that, now, can we?

The possibility — the likelihood — that these observed behaviors are normal, healthy, and based on instinct is not considered. It cannot be considered. Anyone who entertains that notion is by definition a “racist”.

Just as anyone who suggests that the world is not flat is a “roundist” and must be shunned. Or perhaps arrested. Or sent to a rehabilitation facility, where he will undergo intensive “flatness training”.

To refuse to accept a central premise of our culture is a difficult task. When everyone around you holds a certain set of beliefs — or at least pretends to — it’s only natural to adhere to them yourself. It goes against human nature to resist that sort of social pressure.

The task becomes even more difficult when overt disbelief brings down intense societal disapproval and ostracism. That’s why so many people accept that resistance to Islamization is a sign of “racism” — it is all but socially impossible to believe otherwise.

There is a silver lining to all this, however. Any regime that has to clamp down so hard on peaceful dissent is brittle, and cannot last much longer.

Multiculturalists are willing to hound, punish, and violently attack anyone who does not accept their faulty premises. This is a sign that the system they have built is about to collapse. The modern multicultural state is like the Soviet Union, circa 1988. Its ideological superstructure will soon come crashing down.

Which is all the more reason to deny the truth of its premises. It’s important to say:

“I do not acknowledge the validity of premises that involve ‘racism’. Therefore I will not discuss race.

“Your premises are faulty, so your conclusions have no meaning.

“I have nothing further to say on this topic.”

When you deny the Left the opportunity to harangue you with “racism”, they have no arguments left.

At that point, their only recourse is to spit on you, or hit you, or have you arrested.

It’s a good idea to be prepared for all three possibilities.