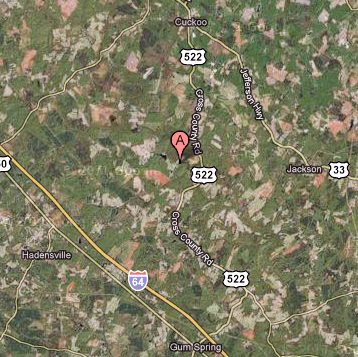 So there I was, stretched out on our bed and slathered with arnica gel in an attempt to bring down my pain level. That’s also when I usually meditate, though in truth it often becomes a half-snooz-itate.

The Baron was next to me with a pillow over his eyes, something he does for a few minutes when he’s been too long at the computer.

Suddenly the bed began to shake. “Oh, no! My husband is having an epileptic seizure!”

Except he wasn’t. The bed was empty (he’d long since tiptoed out and returned to the eye-ruining computer in his office).

Second thought: the earth is having an epileptic seizure…again! Which means running outside and waiting for it to pass. So we did. From outside, we could still hear the bedroom’s contents shaking. This went on for about a minute or so. Perhaps less. You know how it is when the earth moves. It does funny things to time.

Eventually silence descended and we returned to the house, looking to see if anything had fallen, if all our gear was still functioning. The phone was working, the electricity was on. A few things had fallen off the shelves. Otherwise it was quiet. That odd kind of stillness which I remembered from that first one a few years ago.

Next step: to phone our near by friends, neighbors, and relatives. One teenager in Richmond was shaken out of bed. A friend who works at home and lives a very short distance away as the crow flies had the sound of adrenalin in his voice (this is a very quiet fellow in usual circumstances) when he answered the phone.

Next — what else? — we opened Drudge. His “major news” headline in a huge font lettered in red:

That’s the real news for the real important people.

If you prefer reality the Baron located the epicenter in Virginia, between Cuckoo and Gum Spring. Yes, world, Virginia does have a teeming metropolis called Cuckoo. And another named Bumpass. America is full of strangely-named places: Desolation, Purgatory, Penance, Intercourse…wait. That should be Intercourse, Penance, Purgatory. For sure, there were some Quakers and Baptists naming their villages back then.

Three guesses where Obama was when they were evacuating the White House. Hint, it has long swaths of green grass interspersed randomly with sand pits and little tiny holes. I wonder if he uses his Secret Service agents as caddies?

Anyway, back in Big World, the headlines were streaming out. Here are a few the Baron collected:

Here’s the government agency website for your earthquake news.

And good ol’ wiki for Virginia Seismic Zone, which lists most of the tremors in Virginia.

As I said, this latest one was bigger than the shaker in 2003. In fact, the wiki claims quakes of this size are rare. This is bigger than any of the others on the list, with the nearest being a 5.8 in 1897. Most of them are 2, 3, or 4, or else have no measurement listed.

When that last one hit in 2003, the Baron was working in Richmond. Gates of Vienna was unborn, and there was snow on the ground. My daughter had only two months left to live, though I didn’t know it then [this awful tic of measuring dates against May 8 2003, her death day, has begun to widen, to include July 22nd, 2011 as part of a new calculus. 9/11 was the previous end-to-ignorance. How many more can a spirit encompass? It’s as though I were measuring the talomeres of a thanototic ecology].

I have some vague recollection of writing a post about this, but the memory doesn’t make sense, given that GoV was’nt even an idea back then. Probably that memory is really an email to all our out-of-stare friends describing our remarkable event. As also happened today, I was in my bare feet, but back then I was hopping in the half-frozen snow out in the garden. The cats were frozen, too, but it looked more like fear on them. That one put a crack in the chimney on the south side of Schloss Bodissey, a chimney which has since been taken down. Not because of the quake, but just because it was unusable and ugly.

There was a strange phenomenon in 2003 which didn’t happen this time. As the quake began I heard what I thought was a train running down the driveway. I’d never experienced an earthquake before, so my immediate thought was, “My heavens, that train is close.” I realized I was harking back to an ancient time when I did live next to a railroad track. And then the present moment snapped back like a rubber band and I promptly evacuated the premises, with our cats following closely behind.

Later, I was told the mysterious “train” was in fact the noise generated by the phenomenon of thousands of bare tree branches oscillating rapidly due to tremors transmitted by the ground in which their trunks were rooted. This time, the trees are fully leafed, and any shaking noise was damped down by their presence.

I don’t understand the math of seismic measurement. The one in 2003 was 4.5, and the one which occurred today was 5.9 on the Richter Scale. This is Greek to me, but our resident Phi Beta Kappa math geek (Yeah, I’m bragging)* is attempting once more to explain what orders of magnitude mean:

*[Math Geek-in-Residence objects to my public notice re his brilliance. Objection duly noted]

To give some perspective on this event, the real thing in Japan last March registered 9.0 on the Richter scale, making it more than a thousand times stronger than what went down in Cuckoo today.

Which explains why the teenager only fell out of bed in Richmond rather than having the house collapse on top of him; and why the lamp fell off the top of the scanner which sits atop the filing cabinet in the Baron’s office when instead it would have spelled the doom of Schloss Bodissey and the Baron. The jar of onion powder falling off the spice cabinet would instead have meant the end of the kitchen in which the spice cabinet was built. Not to mention what might have happened to Lake Anna’s nuclear power plant, located in the same county (Louisa) as the epicenter.

I hope things were equally mild in Cuckoo, though I’ll bet a few chimneys cracked. 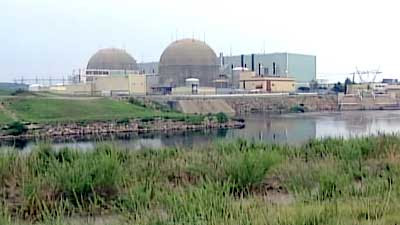 Regarding that two-reactor nuclear power plant at Lake Anna, located in the same county where the epicenter occurred: it appears the ‘shutdown’ was automatic. They’re using back-up generators for the critical stuff while assessments of possible damage are done.

Oh heavens, I do hope this doesn’t mean the descent of those Green Loonies who want all nuclear energy turned into plowshares. Or whatever it is they propose to use in place of a good system.

Someone in the Comments section of that news report said cryptically:

“No worries, its a Westinghouse facility not a GE.”

So can anyone here tell us why Westinghouse is better?

9 thoughts on “Shakin’ and Quakin’ in Virginia”