As was reported in the news feed last week, Otto, the “last of the Habsburgs”, the son of the last emperor of Austria-Hungary, died recently at the age of 98. Our Austrian correspondent AMT sends this reflection on the ecumenical sentiments championed by Otto Habsburg, and their meaning for Modern Multicultural Austria.

Funeral in Vienna
by AMT 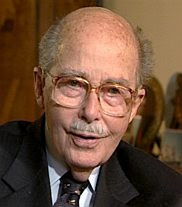 After a week of funeral services in both Bavaria and Austria, Otto Habsburg, the last crown prince of Austria — actually, Austria-Hungary — was finally laid to rest in Vienna. He joined not only his wife, but also his ancestors such as Emperor Franz Joseph, his wife Elisabeth (Sisi), Empress Maria Theresia and her husband, Joseph II, in the world-famous Imperial Crypt.

Although Austria has been a republic since 1918, Otto Habsburg’s funeral turned out to be a state funeral, albeit unofficially. According to Habsburg’s eldest son and “successor”, Karl Habsburg, Otto Habsburg was intimately involved in the lengthy planning for his own funeral. His provisions included the attendance and involvement in the funeral of representatives of the “three monotheistic religions.” And so it came that along with Austrian cardinal Christoph Schönborn and a rabbi, Reis-el-Ulema Mustafa Ceric from Bosnia and his veiled wife also attended the requiem in St. Stephen’s Cathedral.

More galling, however, Ceric, a proponent of sharia in Europe, was asked by the Habsburg family to recite a funeral prayer at Habsburg’s requiem in Munich, Germany, last week. According to a Catholic website, Ceric’s presence was sign of Otto Habsburg’s advocacy of a free and independent Bosnia-Herzegovina. Since the Bosnian war, Ceric had been a friend of Otto Habsburg and attended the latter’s 95th birthday celebration in 2007.

The understanding among the three “Abrahamic religions” was always a central concern to Habsburg. The close relationship of the practicing Catholic former crown prince with Judaism and Islam not only has historical dimensions, but also grows out of his family history as well as his own life history. Otto Habsburg was convinced that Jews, Christians and Muslims all believe in a Lord of Creation and thus have a common ground in beliefs and responsibility despite all that separates them.

In conclusion, the world can say thanks to the Habsburg family not only for World War I, but also for the Law on Islam, which was introduced in 1912 to integrate the Bosnian Muslims into the Austrian-Hungarian empire. And while historians today gush in happiness about this law that “all of Europe envies us for”, it is precisely this law that causes the problems Austria is currently facing due to the growing presence of Muslims.

9 thoughts on “Funeral in Vienna”