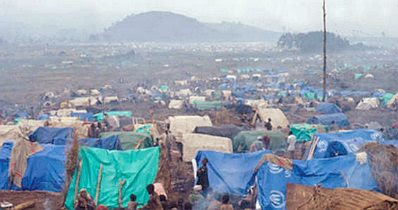 There has been much discussion in previous “Camp of the Saints” articles about the Schengen Agreement, which grants citizens from the signatory nations (most of which are EU members) the right to move about freely within the Schengen Area.

Italy recently granted temporary residency visas to thousands of boat people who have arrived from North Africa since January. Presumably the Italians were hoping that many of the enrichers would decamp to a more northerly clime, thereby relieving them of some of the dubious consequences of mass cultural enrichment.

Many countries from the rest of the European Union denounced the Italian action, and insisted they would block the new immigrants from crossing into their countries. France in particular is adamant that ils ne passeront pas, and has tightened its border crossings with Italy to keep unwanted migrants from getting through.

Our English correspondent Lawman (who is a lawyer by trade) has done some research on Schengen, and concludes that the French (and other European countries) have the law on their side. He compiled this report for Gates of Vienna:

Concerning the “Camp of the Saints” articles: most cultural enrichment stories are more depressing than funny, but not this one — it has so many EU top brass wriggling.

There’s good stuff about Schengen on Wikipedia, but it’s boring. So I thought I’d try to give you a summary as I see it.

The Schengen Agreement was signed in 1995, completely separate from EU law. I suspect it was prompted by Reagan’s speech to the EU Parliament in 1985: “It is my hope that in the 21st century, which is only 15 years away, all Europeans, from Moscow to Lisbon, will be able to travel without a passport“. No self-respecting anti-American eurocrat will admit that, though.

In 1997 the EU took over the Schengen ‘acquis’ (body of laws) by the Treaty of Amsterdam. Schengen became another branch of EU admin, subject to EU voting rules and not the rules set out in the Schengen Treaty. The non-EU Schengen countries, Norway and Iceland, were given new rights on changes to the Schengen rules: “Take it or sod off!”

The Schengen rules are EU law. Just as much as, say, the vital EU framework decision on the importation of caramel.

To my surprise, the law seems to favour the French/Germans/Austrians/Dutch governments who have a beef with Italy.

It can be said that Italy is breaking the spirit of the Schengen rules. First, because most of the enrichers must be grinning at the Italian border bureaucrats and saying: “Don’t worry, I don’t like Italy and I’ll be out of your hair as sooner than you can say ‘The feeling’s mutual’”.

Also, the Schengen rules appear to treat refugees differently from Schengen travellers. They don’t get Schengen rights, but asylum. OK I know it’s the same thing in practice.

The main EU law dealing with border controls against ‘third-party nationals’ (enrichers) is: “REGULATION (EC) No 562/2006, establishing a Community Code on the rules governing the movement of persons across borders (Schengen Borders Code [pdf])”.

This Regulation shall apply to any person crossing the internal or external borders of Member States, without prejudice to:

‘Refoulement’ doesn’t have anything to do with Islamic world plumbing standards. It means sending you back to the crummy hole you rode in from.

Loosely translated this means that the enricher:

Well, that one’s broad enough to keep him out right there. Especially given the effect on relations between Italy and the rest. So France/Germany/Austria have all the get-out they need to keep the enrichers sunbathing in the land of Michelangelo for ever.

What I think they’re doing is banking on Italy being the first to give EU law the full-on finger.

Effectively they’re saying: “You Italians have always had a healthily relaxed attitude to EU law, especially when it comes to — oh, I don’t know — agricultural subsidies. So get healthily relaxed now! And pronto, because we don’t want ’em any more than you do. Tow ’em back! Put ’em on planes! Sink ’em! We’ll puff and blow about the reputation of the EU, but we won’t do anything. And after a decent interval it’ll give us the nod to get rid of some of our own. And forget this talk about leaving the EU. It won’t help you when you’re in line for a bailout. And if you’re thinking of reintroducing the lira, well, don’t make us laugh.”

Italy is fuming about being manoeuvred into doing the dirty work for the rest of the EU, and who can blame them?

6 thoughts on “Camp of the Saints: The Schengen Agreement”