Our Austrian correspondent AMT has compiled a report based on three articles from Kurier on the continuing public controversy about the integration of Turks — or lack thereof — into Austrian culture. Many thanks to JLH for the bulk translations. AMT’s commentary is in square brackets within the articles. 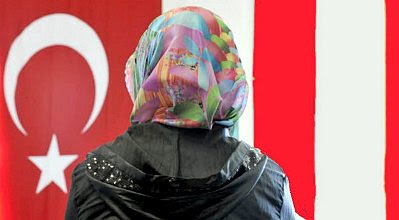 Istanbul on the Danube
By AMT

Who would have guessed that Turkish Prime Minister Erdogan’s visit to Germany a couple of weeks ago would have impacted Austria in such a way that spring-like buds of knowledge, rather than negation, make their way to the surface?

To my knowledge, Kurier columnist Peter Rabl is the first journalist to invite those unwilling or unable to integrate to “live out their Turkishness in their own homeland.” What is surprising in this case is the utter lack of outcry from the establishment: neither politicians nor the army of lawyers and NGOs have so far branded Mr. Rabl a racist. One wonders what is going on here:

Turks the Biggest Problem for Integration
March, 12. 2011
by Peter Rabl

Among the big lies in the integration debate are the customary statistical averages of all immigrants living here. If, as seldom happens, you break down the data by nationality, the immigrant Turks prove to be the biggest problem. And the nationalistic government in Ankara purposefully resists the integration of their emigrated compatriots.

Recently, the newsmagazine Der Spiegel published data on the degree of integration of immigrants to Germany, which can definitely be extended to Austria. On a scale of 1 = failed integration to 8 = successful integration, the immigrants from EU states rate 7.0, those from the Far East rate 6.8. The Turks are far down at 1.3

And from the viewpoint of the nationalistic regime of President Erdogan, that is fine. Two years ago at a speech in Cologne, he had already termed assimilation a “crime against humanity.” Two weeks ago in Düsseldorf, he followed up: For Turkish emigrants, Turkish must be the first language learned, and only then German. “You are my citizens,” shouted Erdogan to his followers. “I am here to see to your well-being.”

An Austrian parliamentary delegation was faced with such expressions of official policy in Ankara. Requiring German courses at home, as provided in the new alien law, was perceived as “more of a provocation. A Turk will always feel like a Turk. We just have a very strong national consciousness.”

For decades immigrants have been encouraged in this feeling in their mosques, whose imams are sent and paid by the official Turkish religious office. Now an additional dedicated agency is being created to concern itself with emigrants.

Even the ethnic Turkish integration spokesperson Korun, from the Green Party, finds that the policy of “You must remain Turks” is something that we “need like a hole in the head.”

In easily 50 per cent of Turkish families in this country, Turkish is exclusively spoken, Turkish TV watched and Turkish newspapers read. The result is severe a deficit in German abilities, extending into the third generation — even after successful graduation from secondary school. The consequence is a statistical overrepresentation of Turks among school dropouts and unemployed.

From this and the far higher birth rate of Turkish immigrants, a social problem develops that urgently needs to be confronted. Against Ankara’s nationalism, with appropriate pressure for integration of the Turks living here. But as a last resort, in certain cases, also the invitation to preferably live out their pure Turkishness in their own homeland rather than in an unwelcome parallel world among us. [emphasis added]

Austrian Interior Minister Maria Fekter has been known for her outspokenness and understanding of the situation with regard to Muslim immigrants exhibiting not the slightest interest in learning basic German or integrating into Austrian society. She has insisted time and again that German skills are absolutely imperative for integration to succeed, though this has so far not been proven. I remain skeptical that rudimentary German skills are sufficient for integration to take place. But it is a start:

Maria Fekter sees problems with integration of Turks. She is considering a German language and a training instruction requirement for imams in Austria.

An Austrian parliamentary delegation — as reported — was on an integration mission in Ankara last week. The results were sobering: “Turks stay Turks” was heard often from politician and experts. The existence of integration problems in Austria was disputed.

The final “Wow!” experience comes from members of a parliamentary delegation comprising MPs from ÖVP. They recently visited Ankara and were bluntly told that Turks in Austria have no intention of integrating into Austrian society. My first thought was: “Well, they could have saved the money by going to the culturally enriched areas in Vienna, accompanied by members of the Wiener Akademikerbund. But apparently, these parliamentarians do not believe their own voters, or former voters. But, then again, it’s a start:

Discussion: What can Ankara contribute to the integration of Turks? And should Austria give imams instruction?

Are German courses for Turks a provocation? What are the real problems of the ethnic Turkish community and how can they be resolved?

6 thoughts on “Istanbul on the Danube”