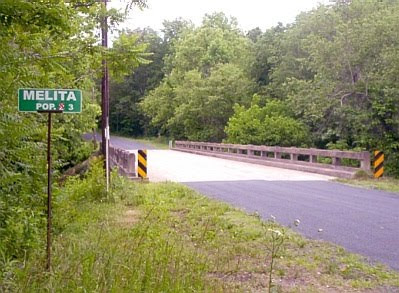 The title of this post echoes the way people in this part of the world customarily greet someone they haven’t met before — assuming, that is, that there are two or more someones in question. After the handshake (generally accompanied by “Howya doin’?” on both sides), the strangers are asked to specify their home region so that possible common kin relations may be identified, shared customs acknowledged, the hunting and fishing opportunities in their respective territories compared, and so on.

Mind you, if a stranger’s accent clearly identifies him as someone from farther north than Leesburg, the customary greeting may be withheld. There’s no need to ask him where he’s from, because it’s obvious he’s a Yankee from somewhere in Yankeeland, someplace where nobody cooks greens with side meat, where they have “bubblers” or some such instead of water fountains, and where people snicker at anyone who says “y’all”.

A stranger who obviously comes from somewhere south of the Mason-Dixon Line is reckoned at least a distant cousin, since all of our ancestors sent representatives to the capital in Richmond and fought for the same cause.

Besides the Southern accent — which varies considerably from Dallas to Virginia Beach — we Confederates share some other traits. A certain sluggishness of speech. A preference for certain foods cooked in a particular way. A fondness for certain recreational activities, many of them involving firearms or fast cars. A tendency to say “Yes, ma’am” — if we’re brought up right.

Within the Commonwealth of Virginia regions are well-defined and distinct in certain ways, even if they blend into one another at the edges. A Southerner from outside the Commonwealth is usually identified by state, although the coastal dwellers may be distinguished from the mountaineers.

Many people in the Deep South — Alabama and Mississippi, for example — don’t consider Virginians to be true Southerners, but more like quasi-Yankees. I mean, some of us don’t eat grits around here, so how can we call ourselves Southerners?

Personally, I’m fairly tolerant of Yankees, being as how my mother married one. So I go ahead and ask Northerners where they’re from. I like to learn about the topography, customs, and idiosyncrasies of other parts of the world — even Canada.

One of the pleasures of this job has been the opportunity to acquaint myself with places farther afield than Topeka or Toronto. Every time we launch a fundraiser, the donations come in from all over the world. More from the USA than anywhere else, but still a real spread of countries and regions.

The current fundraiser has been underway for less than ten hours, and already shows these geographical results:

Some of the exotic locales represented among our donors are familiar to me — especially those in England, since I lived there for a while. But I’ve visited so many places in Europe over the last few years that any number of placenames call up visual memories of towns and cities — Lund in southern Sweden, for example, or Antwerp in Flanders, or the Danish university city Aarhus in North Jutland. 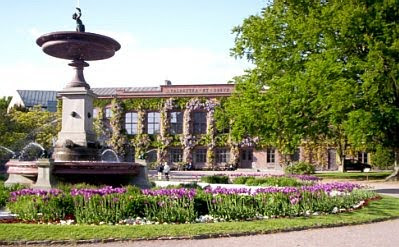 Australia, however, remains an imaginary landscape for me. Whenever we get a donor from Perth or Melbourne or Sydney, I like to google some photos of the place, just to get the feel of it. But it’s not the same as standing in the sun there and breathing the air.

There are also plenty of places here in the USA that remain mysterious to me. For example, tonight we got a donation from Ann Arbor, Michigan. I know it’s way up there in the colder regions of Yankeeland. I know it’s in the Belly of Beast — a veritable hotspot of progressive political correctness in the heartland of America. But other than that I know nothing about it.

In most places I visit, whether here in America or abroad, people tend to make fun of me for saying “y’all”. Especially in England — those Brits think it’s real hoot to hear a Yank talk like a Southerner.

My response: “Why shouldn’t I say it? I come by it honestly.”

Anyway… Y’all have been right generous towards us, and we really appreciate it.