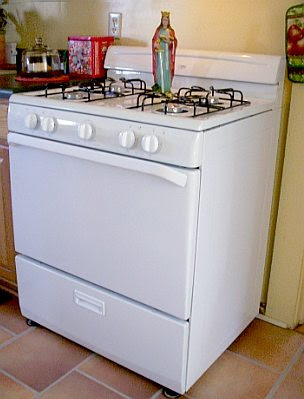 Seems like 2011 just got here and it’s zipping by. Already I’m running after January yelling, “Wait for me!” But the months never stop; they just keep rolling on down the track.

Last year’s February fundraiser concerned our brush with mortal cold during the infamous electric power outage. We were left in a darkness colder than any I ever remember — or want to experience again. Being a Southern girl, I don’t mind the warm darkness at all. It’s the 18°F ice-cold sheets that call up intimations of the eternal aspects of mortal winter.

Thanks to the generosity of our readers, those days will remain a memory. To paraphrase Scarlett O’Hara, “I shall never be that cold again”…

…though it took some time to come up with the best way (read “cheapest way”) to guarantee a warm outcome. After considering and rejecting various solutions to ward off another chilling experience, we settled on the simplest, cheapest way in from the cold: we’re cooking with gas (as the old advertisement used to say). All it required was the installation of a propane line from a tank outside (behind the rhododendrons) through the crawl space and in under our kitchen floor where the electric stove used to reside. Now, in its place sits a brand new bottom-of-the-line gas cook stove.

Most gas ranges have electronic gizmos controlling the pilot light. When the electricity goes off, so does the stove. Not exactly what I had in mind. With this one, there is a manual pilot light — gasp, you actually have to light it the first time with a match! How’s that for roughing it? Hey, we’re pioneers out here in the woods.

The salesman had a hard time with my choice. He kept reminding me that it didn’t have a clock. I kept telling him that if I could I’d do away with clocks on my appliances and have one on the wall just like they did in the old days…

This solution harkens back to my childhood: a plain white porcelain gas stove (I’ll bet the metal and porcelain are more fragile now than they were back then). On cold winter mornings in Florida (and we had a few), Mother would light the stove to warm the kitchen for breakfast. It was never cold enough to freeze the pipes at our house, but the cold bedroom ensured that we got dressed in record time during what passed for “Winter” in Florida. Of course, now with Global Warming running amok down south, there are plenty of cold spots and freezes in Florida these days.

Our other solutions for the cold weather are more insulation on some of the older windows and putting up a storm door on one of the entrances. In addition, another storm door needs to be repaired or replaced. It’s a small door (perhaps built by short people?), and off-the-rack storm doors don’t come that short. We had one cut down to fit it back when the Baron was working, but that fix didn’t last. So another carpenter is coming to install yet another door or attempt to fix the one that’s there.

The entrance at the very back of the house never had a storm door. If I remember correctly, when we had that handicapped room built for my mother’s living with us, we decided a storm door would be too hard to maneuver around with a wheel chair. The steel door they installed instead was proof against the cold for many years but it’s warped a bit so we need another layer of insulation now.

There are smaller corrections, too: a down comforter, warm caps, hot water bottles (now that we have a gas stove to heat the water!), and a blanket to insulate the refrigerator in the case of a longer outage. I found a good lantern, a battery-powered radio, and stocked up on canned food. This is in case we get snowed in for any length of time.

If our electric cooperative’s stories are correct, the cost of heating or cooling our home is going to go up steeply in 2012. This is due not only to the rise in the costs of fuel, but also to the pipe-dream standards our Fearless Leader has imposed on the utility companies. Fourteen percent of their fuel must be “renewable energy” — a good idea, but these utopian “renewables” are in very short supply and nowhere near enough to meet these rules for everyone. In fact, the methods for producing renewable energy are in even shorter supply. It wouldn’t be so maddening if we didn’t know that Obama keeps his living quarters at 74°F in the Winter. His excuse? He’s from Chicago and he’s used to having warm housing.

So we’re looking for ways to cut down, cut out, cut back on our electric usage. And we’ll be looking even harder come this time next year…air conditioning may become a rarity. We’ll do what we did in the old days: go down to the river to cool off in the evenings.

This Year: A Sense of Place

For this Winter’s fund raiser, I thought it would be a good idea to focus on where our readers live. Yes, I know you live all over the place, but I was thinking of particularities, of the specific towns and cities and small villages where y’all live and move and have your being (as the Book of Common Prayer puts it). Having a sense of place provides a rootedness and contentment that can’t be manufactured. It has to be built up over time. 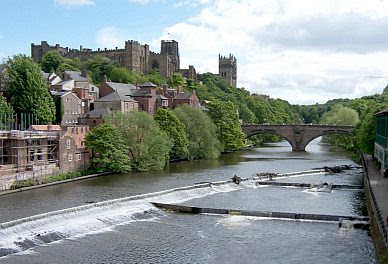 Some of the places in England are what you think of when you hear “England”. Donors there have sent links and pictures, justly proud of their city. For example, there is Durham. Open the link to see pictures of the Cathedral on the River Wear.

At the other end of the universe is Tyler, Texas. We have more than one Tyler resident who reads Gates of Vienna and helps to keep the doors open. Reading their wiki, you find that Tyler produces most of the roses sold in the south and east here in the U.S. It must smell beautiful in the Spring!

I looked up Tyler on my own; those guys didn’t do any bragging. But I was so impressed with the description of the place that I asked one of them to tell me about his experience in Tyler. Turned out that he’d moved there from a large, overrun-by-immigrants city way up North. He said Tyler was such a wonderful change that they “never looked back”. I can see why.

We have donors from Gråsten, where the summer palace of the Danish Royal Family is located, not to mention the many kind readers from Copenhagen.

Which reminds me: during that electric outage, the darkness was almost as bad as the cold. We had candles enough, and a lantern, but they seemed trivial against such penetrating elements. Later on, in looking at some photos the Baron had taken on his trip to Copenhagen, I noticed that in all of them — images of homes and restaurants — there were lots and lots of candles. Candles everywhere! When I asked him about it, he said he thought it was a way of fighting against the long winter darkness, to bring the cheerfulness of light into all the places people gathered.

What a wonderful idea!

And as luck would have it, there is a candle factory right down the road from us. They make candles and other oddments for upscale catalogues and stores like Williams Sonoma. Twice a year they open their doors to the local public who buy up the seconds or last season’s leftovers. For ten percent or so of what the big city folks pay, local country people buy tapers or big fat columnar candles, candle lamps or votive lights in a rainbow of colors and a garden of fragrances. There is a long-burning “eternity” candle that I light on birthdays of people I want to remember. And lemon-smelling candles that chase away kitchen odors. The Danes would love that place!

This past December, remembering the cold of the previous Winter, I was one of the first customers when the door opened that Friday afternoon. I ended up with three bundles of brightness. Now the refectory table in our kitchen is lined with candles of every size. Sometimes, when the winter chill penetrates those north windows in the kitchen more than usual, I light every single candle before supper. It is cheery and delightful (so to speak) around the table; you can hardly tell that Winter looms outside.

One thing is sure; during the next outage, our house will be full of light. Or at least those parts that are heated.

I’ve only named a few of the places you live. During the coming week, I’ll focus on more of them: the Strawberry Capital, the Big Apple, the Land of Lakes, Big Sky Country. And that’s just America. There’s Europe and Australia. Even a bit of South America. When you stop to think about it, the sun never sets on the readers of Gates of Vienna.

No wonder the Baron gets to bed so late. When it’s midnight here, the sun is coming up somewhere else and someone has some news to share…