Below is an op-ed about Egypt that was published on Friday by Ralf Pittelkow, the political correspondent at Jyllands-Posten.

Many thanks to Hans Erling Jensen for the translation. Note: this article was written just before Mr. Mubarak resigned:

The Egyptian thriller
by Ralf Pittelkow 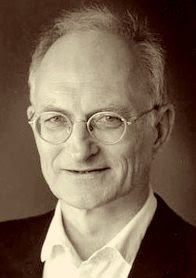 Only one thing seems clear in Egypt: President Mubarak is on his way out. What then will happen is an open question. Yes, more than that: It’s a thriller.

These realities were drowned in the first days of excited reports from Tahrir Square in Cairo. Especially when television delivered an impression that “the people” had now risen in the struggle for democracy. Who has not seen one journalist after another rushing around in fluttering shirts and talking with excited voices?

What do the Egyptian people intend?

Up to one million people in the square at the peak — that was impressive. But there are 20 million people in Cairo and 80 million in Egypt. They are the people, and it is time to take an interest in what these people actually think.

On this issue, we can gain important insights from a new study of popular attitudes made in a number of Muslim countries, including Egypt. It was conducted by the Pew Research Center.

Islam must have power

The Egyptians are divided in assessing whether Islam should play a significant political role in the country today. But a massive majority of 85 percent believes it should. Islam should not only be a faith; Islam must have power.

What kind of Islam? Pew asks whether people distinguish between “innovators” and “fundamentalists” within Islam. Most Egyptians do not. But among those who do distinguish, far more people identify themselves with the fundamentalists than with innovators — 59 percent versus 27.

Other aspects of the Egyptian attitudes are also astounding:

Free elections for what?

There is little support for personal freedom, which for us is a vital part of democracy. The same lack of support also applies to the dealings between sexes: a majority is in favor of gender segregation at work.

Most Egyptians would like free elections. But as stated, their ideas of how free elections should be used provides a fertile ground for Islamists in the Muslim Brotherhood. The Brotherhood is by far the strongest support organization in Egypt’s opposition.

The Brotherhood’s relationship to democracy is deeply ambiguous. It wants free elections, but democracy must follow Sharia, Islamic law. What happens then if the people elect politicians who will not follow Sharia law?

Reform-minded forces in the movement speak of an unequivocal respect for free elections. But the movement’s dominant force leaves much fear that they will not give up power once they have it. They are also opposed to Egypt’s peace with Israel.

The Brotherhood has a tradition of working cautiously and pragmatically. Therefore, its role is difficult to predict. It will of course also very much depend on how strong a counterweight is built up from the system (the military) and from other opposition parties.

But most Egyptians would use the freedom they may gain to give Islam more political power. Forget all the talk about Egypt being a democracy in the European sense. The task will be to prevent Egypt from evolving into an Islamic dictatorship.

9 thoughts on “The Egyptian Thriller”