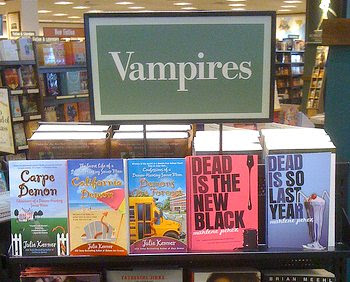 Spackle is a regular reader and occasional commenter at Gates of Vienna. In an email to us he described a recent culturally enriched encounter he had with a sales clerk at Barnes and Noble. It was so very much a “Barnes and Noble sucks” moment (B&N Sucks has a Facebook page with various improvisations on that theme) that I asked his permission to post the story. Besides, I wanted to share one of my own.

I just wanted to share something amusing that happened to me this weekend.

I went to my local Barnes and Noble to pick up a copy of God’s Battalions. I remember hearing about it when it first came out, and then was reminded once again from this past week’s news feed.

[note: The full title of the book, an historical account, is God’s Battalions: The Case for the Crusades. You can check out the link for the customer reviews, sixty-one all together, of which thirty seven are five-star recommendations while the others break along some unpredictable lines. – Dymphna]

I searched first in the history section, but could not find it. So I went to the customer service desk for help. There was another man in front of me being helped by a beautiful young girl behind the desk. Just as the man in front of me was wrapping up I happened to drop some change on the floor. After I finished picking it all up instead of a beautiful young girl standing before me, there was a fully bearded Muslim male in his mid-twenties.

“Okay,” I thought, “this is going to be interesting…” In the beginning he was warm and friendly, and asked how he could help me. I told him I was looking for a book called God’s Battalions. Okay, so far so good. He typed away on his computer, and then all of a sudden his face and demeanor changed when what I was about to purchase sank in. The book cover says, “God’s Battalions — A case for the crusades,” and I assume there was a book description as well on his computer screen as he took far too long just to discover where it was located and if it was in stock.

He then very coolly asked me to follow him. The whole time I observed him closely to watch body language and demeanor. He led me to of all places the Christianity section! I said that it seemed odd to put such a book in the Christian section. I must admit I was fishing a little. No reply from him at all.

He eventually found it and handed it to me like it was burning a hole in his hand, and got away from me as quickly as possible without ever looking at my face again. I thanked him to his back and he kind of grunted back at me.

I suppose I should be thankful that he didn’t just tell me it was out of stock straight away. While there was nothing dramatic or overtly hostile in his behavior, it was still very interesting observing the whole episode from beginning to end.

I should also mention that if he wasn’t born and raised here he had at least been in America since he was a young child. His accent and mannerisms were distinctly American. Actually, I would dare to say that he would be classed as one of those mythical animals we always hear about but never actually see, the “moderate Muslim”.

I guess “moderate” in this case means that he didn’t try to bash my infidel brains in for purchasing such a horrible book. Or maybe “moderate” meaning he served me with clenched teeth and a thin veneer of professionalism? Professionalism being the only thing holding him back from freeing the beast inside.

In retrospect I would rather have talked to the beautiful girl. And the book is fabulous.

Spackle’s story reminded me of one of my own Barnes and Ignoble moments. Mine have been political. After all, the B&N I used to frequent was in Charlottesville – known to many of us as Berkeley East, though I prefer to call the town “Li’l Kumquat”. That is, if New York City is the Big Apple, then Charlottesville tends toward another fruit, one that is sweet on the outside, sour and seedy in the middle. Not really edible unless you mush it into marmalade.

Spackle’s story falls within the “Cultural Enrichment” genre. My experience was merely the usual political clash conservatives in Charlottesville experience at the hands of their betters, the Leftish, Loutish Majority. I’m sure than many people on the right of the political spectrum who are doomed to live and work amongst these Orthodox Lemmings have had experiences similar to mine.

Every conservative has at least one B&N moment. Mine came a few years ago when I picked up several books to peruse while I drank my latte. But first I went to the restroom, leaving the books on the table outside the door, as the sign directed.

When I came out, a woman was looking over my choices, a curl of disdain distorting her mouth. I asked if I could retrieve my books — one of which was David Horowitz and another a dismissal of AGW. She took her time leafing through them and then shoved them into my hands. Walking away, she hurled back a comment about this country becoming polarized. I’m usually quick on my feet, but that time I was simply glad to have the books back. I hadn’t planned on buying one (I’m one of those mooches who buys coffee and reads. Who can afford books? I shouldn’t even be spending the money on latte. But it’s a long drive home and caffeine really boosts my pain medication…or at least that’s my story and I’m sticking to it).

This time, however, I made a point of buying the global warming denial book. Back then, it was really swimming against the tide. The cashier looked at me sternly… hey, it’s Berkeley East in Charlottesville. They’re all like that.

I should add that despite the bookstore’s obvious political leanings, they did have the skeptic’s book . But that was only because I insistedin the first place that they stock at least one argument for the other side. So they did: exactly one copy of one book., the sole dissenting opinion on the subject in the store. Since they’d gotten it in at my behest, I bought it.

I’ve often wondered how a conservative bookstore would fare. It would have to offer a variety of conservative and libertarian opinions since there is much more disagreement among those on the Right than there is among the Leftists. The latter have certain hot button issues, call them orthodoxies, that don’t diverge much from one person to another. All too often, you can say their lines along with them. On the Right, there is a spectrum of disagreement – as Russell Kirk says in the introduction to his Ten Principles of Conservatism,

Perhaps it would be well, most of the time, to use this word “conservative” as an adjective chiefly. For there exists no Model Conservative, and conservatism is the negation of ideology: it is a state of mind, a type of character, a way of looking at the civil social order.

The attitude we call conservatism is sustained by a body of sentiments, rather than by a system of ideological dogmata. It is almost true that a conservative may be defined as a person who thinks himself such. The conservative movement or body of opinion can accommodate a considerable diversity of views on a good many subjects, there being no Test Act or Thirty-Nine Articles of the conservative creed.

In essence, the conservative person is simply one who finds the permanent things more pleasing than Chaos and Old Night. (Yet conservatives know, with Burke, that healthy “change is the means of our preservation.”) A people’s historic continuity of experience, says the conservative, offers a guide to policy far better than the abstract designs of coffee-house philosophers. But of course there is more to the conservative persuasion than this general attitude.

Indeed. And more to conservatism than the liberals who lurk in Barnes and Noble could dream of.

Feel free to share you B&N moments… or your ideas about the feasibility of a conservative bookstore. Of course, it would have to take into account the necessity for security. Odd, isn’t it, that the more to the Left one moves, the more likely one is to pick up a rock or a spray can of paint?

42 thoughts on “Spackle’s Excellent Adventure at Barnes and Ignoble”