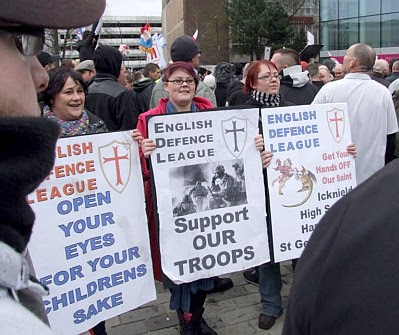 I’m a longtime admirer of Theodore Dalrymple, the pen name of the retired English psychiatrist Anthony Daniels. I read his reports regularly in National Review and other periodicals, and have also read two of his books. 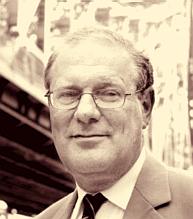 In his writings Mr. Dalrymple chronicles his extensive experience with the most dysfunctional members of the English working class, whom he encountered regularly in a professional capacity while working in major British hospitals. His view of the underclass in the UK is understandably quite jaundiced. He does not see any hope for Britain — based on his observations, his country has systematically destroyed its essential social capital in the lower and lower middle classes.

So it was no surprise to read his take on the English Defence League, as posted earlier today at The Corner. His post, entitled “Luton’s Muddy Message”, is mostly directed at Prime Minister David Cameron, whose recent disappointment with Multiculturalism has been in the news for the last few days. Mr. Dalrymple’s descriptions of the society now administered by Mr. Cameron are apropos:

And so on. But then comes this somewhat offhand reference:

Before I discuss Mr. Dalrymple’s lamentable recycling of the standard MSM caricature of the EDL: in the interests of full disclosure, I am in personal contact with various leaders and members of the EDL, and have a high regard for them. So I am not impartial.

Mr. Dalrymple, like Mark Steyn, is a professional doom-sayer. Both men make their living announcing the imminence of Götterdämmerung. As such, they are committed to the “brand”, and anything which alleviates the apocalyptic gloom is automatically rejected.

The very formation of the English Defence League refutes some of Mr. Dalrymple’s most cherished basic beliefs — the main one being that the English working class is an irredeemable sinkhole of depravity.

In reality, of course, anyone who works closely with the EDL discovers that they are by and large kind, generous, decent, hard-working, patriotic people who uphold old-fashioned values.

Yes, they’re sometimes a rough sort — they are working-class, after all. And they have their share of problems — no one in our degraded postmodern world can avoid such difficulties — but EDL members are startling in their open and cheerful determination to escape the hell to which fifty years of politically correct socialist Multiculturalism has consigned them.

This fact violates the central doom-tenet devised for England by the Dalrymple worldview. Hence, the EDL must be fascistic street thugs. What else could they be?

In this he is in agreement with the Communists, the Anarchists, Labour, the Lib-Dems, the Tories, the BNP, and the Muslims, all of whom say much the same thing.

I haven’t encountered Mark Steyn’s take on the issue, so I don’t know if he arrives at the same conclusions. But one would expect all professional doom-sellers to be forced into a similar position, because hope, optimism, and the possibility of real change for the better are threats to the brand.

A person who habitually predicts a doomsday scenario may find it hard to let go of it. If his livelihood depends on the genre, then one may expect him to be even more insistent in defending and reinforcing this viewpoint. Evidence that seems to contradict the forecast will be discounted or explained away so that the dire future that awaits us all may remain undisturbed.

I, too, am a forecaster of doom, but a more general type of doom, without a particular form or time frame. Thus I can afford to be flexible when new data arrive, and incorporate them into my worldview without much damage to my previous positions — or my pride.

The end is near, in the sense that the Western welfare state will collapse soon. There’s no telling exactly when it will happen, nor what the exact process will be, but collapse it must — the entire structure is the largest Ponzi scheme in history, and its demise within a generation or so is a mathematical certainty.

Yet something new, some progeny of Western civilization, will emerge from the ashes. No one can say exactly what it will look like, but it won’t be based on the great schemes and scholarly constructions devised by our current academics and political thinkers. Virtually no one who now holds a position of power or influence will be a part of the rebirth — and many of them will be lucky to survive the general reckoning when the system finally implodes.

What comes after will be built by the struggle and sacrifice of ordinary people whose decency and grit form the basis for my optimism. Their virtues — honor, loyalty, courage, self-sacrifice, and humility — are notably absent from our current political and cultural leaders, but they are routine among the general citizenry. I find them in the Tea Parties, in ACT for America, in the various European and Australian Counterjihad groups — and in the EDL.

I work with such people every day, and they are a constant source of inspiration. They’re one of the main reasons I keep doing this job. And they will form the backbone of the new culture when its time eventually comes.

Writers like Theodore Dalrymple and Mark Steyn may be out of work when the great change arrives. After all, when Doom has come and gone — and not quite the doom one expected — what’s a professional doom-sayer to do?