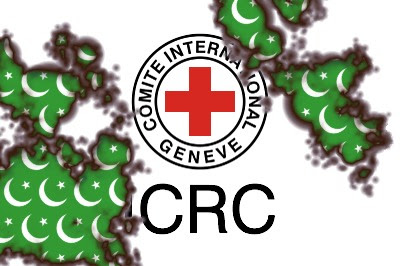 Nicolai Sennels sends this account of his correspondence with the Red Cross about the organization’s aversion to overt symbols of Christmas. The exchange was previously published (in Danish) at 180grader.

Confronted with the unpleasant news that Red Cross is now forbidding Christmas decorations in their shops, I decided to write their Danish office:

From: Nicolai Sennels
To: The Red Cross
Date: December 22nd, 2010
Subject: The red cross is Christian

According to Christian Daily (December 22nd, 2010), the Red Cross in Great Britain has decided to remove all Christmas decorations in order to avoid ‘provoking” non-Christians. Spokesman Hans Bech Gregersen says that the cross “is a symbol of protection, not a Christian symbol.” That is not true. Red Cross was founded by the Swiss Henry Dunant in 1863. The Red Cross symbol is an inversion of the Swiss flag (square with a white cross). The cross in the Swiss flag symbolizes the Christian cross. The white cross in the Swiss flag is ascribed to the Theban Legion, which consisted of 6666 men who converted to Christianity and was killed in the year 286. The Theban Legion is remembered every year on the 22nd of September. The oldest depiction of the Swiss flag is from 1513 in the Lucerne Chronicles. In these chronicles the white cross is shown together with the body of Christ. So, Red Cross: The cross that you use in your logo and your name has Christian roots, and that is no shame.

From: The Red Cross
To: Nicolai Sennels
Date: December 23rd, 2010
Subject: Re: The red cross is Christian

“As an acknowledgement towards Switzerland, the herald mark, the red cross on white back ground, that is created by switching the republic’s colours, will be the hallmark of the armed forces’ medical service.”

These are the words used in the first Geneva Convention of 1949. It was created in order to focus on the neutrality of Switzerland, and the principle of neutrality has since 1864 been binding on the states. There is nothing Christian in it. Had it happened in another country, it can not be excluded that the symbol would also have been an exchange of the colors in that country’s national flag. You can read more about the badge on the International Red Cross Committee’s website: www.icrc.org and in the attached publication: IHL and Denmark.

From: Nicolai Sennels
To: The Red Cross
Date: December 23rd, 2010
Subject: Re: The red cross is Christian

Thank you for your answer.

It’s remarkable that an organization which takes its name from the Christian cross and has chosen a Christian cross as a logo is so busy trying to distance itself from Christianity and Christian culture — which has played a central role in the development of our Western culture (including our use of Christmas decorations in shops etc.).

The Red Cross’ connection to Christianity has also been noticed by the Muslim world, which instead of just contributing to the Red Cross with manpower and money, has established its own Islamic counterpart, the Red Crescent. As a counterpart to the Red Cross’ cross, the Islamic charity organisation specifically chose the half moon mentioned in the Koran as a religious symbol for Muslims (and which — typical of the aggressive Islamic rhetoric — also can be seen as symbolizing a scimitar on several Islamic flags and mosques). The moon was by the way subject to idolatry by the Muslims’ prophet in his childhood and youth, and his Moon God later became what is now Allah.

When your red cross appears together with the red crescent on the same signs and flags, it contributes to the religious value of the red cross.

I have not heard from Red Cross since…

Postscript: The Red Cross’ homepage says that Christian symbols are “offensive to Muslims”:

16 thoughts on “The Dhimmification of the Red Cross”