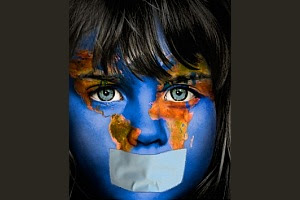 The “hate speech” case against Elisabeth Sabaditsch-Wolff is just the latest example in a series of legal persecutions against Europeans who speak out against the Islamization of their countries, their continent, and their civilization.

Before Elisabeth came Lionheart, Tomashot, Jussi Halla-aho, Dahn Pettersson, Gregorius Nekschot, Paul Belien, Bart Debie, Geert Wilders, and Jesper Langballe. More are coming up soon: Lars Hedegaard will go on trial January 24 for talking about the high incidence of family rape among Muslim immigrants in Denmark. Geert Wilders will face trial (again) on February 7 for his many statements about Islam and Islamization. At some point in the future, Tommy Robinson, Guramit Singh, and other members of the EDL will appear in court for their statements about Islam.

Outside of Europe, we have seen Mark Steyn and Ezra Levant hounded repeatedly in Canada. Similar cases have been brought in Australia. In Dearborn, Michigan, several Christians were arrested and charged for handing out religious tracts on a sidewalk in a Muslim neighborhood.

The list goes on and on — there are many more than I can possibly specify here — and all of the victims have one thing in common: they were charged in a court of law for criticizing Islam. Not for violent acts. Not for inciting others to violence or rebellion. Not for intimidation or threatening violence against any individual or group.

No, they simply told the truth about Islam and the Koran, and stated their opinions about Islamization. Saying such things is now a crime in virtually the entire Western world.

On Tuesday, January 18 — just four days from now — Elisabeth Sabaditsch-Wolff will go on trial in Vienna for “hate speech”. She has written a brief essay for Gates of Vienna about what she is experiencing now, and what is facing her next week.


Thoughts Before a Trial
by Elisabeth Sabaditsch-Wolff

With just a few days remaining before the next stage of my trial, I had two interesting encounters with two quite different friends. Both kept me thinking very hard even after we parted ways.

Allison is the mother of twin girls who went to kindergarten with my daughter. Allison and her husband are liberals in the sense of “live and let live”; they have no connection with religion, any religion, and they believe that everyone should have the freedom to believe in whatever he wants, to dress in any way he wants, to eat whatever he wants. We have had many a discussion about what I do and what I believe in, and although we are friends, they have always told me that they think that what I do is wrong in the sense that I am unfairly attacking Muslims.

Allison called me the other night. We talked, and when I told her that I was sad that she and her husband had chosen the United Arab Emirates for their next vacation, she answered that I am a radical. I asked, somewhat surprised, why she thought that.

“Well, I see the hatred in your face when you see a woman in a headscarf on the street.”

In any case, I do not hate people, but I criticize the ideology that forces women to cover up, that takes away a woman’s right to choose her life and her destiny, an ideology that enslaves women. I inform people about the contents of the Quran and am thus a hate preacher. Or, in other words, by teaching the Quran I am preaching hate. And people listening to me will feel hatred.

“But you also hate the woman, I can see that,” she replied.

I then told her the following: “Allison, once again: how do you know that? Can you read my thoughts? Furthermore, your belief in ‘live and let live’ can only work if everyone adheres to it. But Islam does not call for ‘live and let live’. In any case, you are actually saying what the prosecutor is saying, that this woman hates Muslims, hates Islam, incites other people to hate Muslims by feeling hatred towards Muslims. You should be hoping for a guilty verdict, because you believe you know what I feel.”

She was shocked. Apparently I had nailed her. “No, not at all. I want to you to win, with all my heart. You need to win.”

“Well, actually I want you to win for your daughter’s sake.”

Note that she didn’t say: I want you to win because you’re right. Or: You have the right to your opinions, even though I may not agree with them. No, she said: For your daughter’s sake.

“I want you to win because your daughter should not have to deal with a mother who was found guilty in court. She won’t understand it.”

We then decided to change the subject, but afterwards the conversation continued to linger in my mind. What had happened here? Was I wrong? And still, I can only repeat myself for the umpteenth time that I do not hate Muslims (as a matter of fact, I do not hate, period), but liberals do not believe people like me. No matter what I say or do, it seems they are projecting their own bigotries upon me. I am merely holding up a mirror. What they see is not my — non-existent — hatred, but their own.

The next day I met my neighbor and friend Samantha. During our neighborly small talk I told her that I was busy preparing for my case, and this prompted her to say in a near-whisper, “You know, I have been following your case, and though I wasn’t always so sure about what you stood for I can tell you now that I think you’re spot on. I admire you. I do not have the courage to do what you are doing, but you are doing the right thing. I also tell my friends that I think you are right and you need to be supported. They criticized you heavily before, but they are also starting to understand.”

Not only did Samantha’s words move me to tears, but I was amazed at her honesty in admitting that she had actually studied my words and found them to be the truth. And this is what I hope the court will also conclude after careful study of my arguments. One may not agree with my statements, but they are still true. No matter how painful the truth may be, it must remain what it is: the truth.

Visit the Save Free Speech for the latest on Elisabeth’s case and related matters.

21 thoughts on “ESW: Thoughts Before a Trial”