Paul Weston, Elisabeth Sabaditsch-Wolff, and other members of the European Counterjihad are on a visit to Israel.

As Paul Weston reported yesterday, the group visited the area around Ashkelon and Sderot near the border of the Gaza Strip. Today they are touring Judea and Samaria. 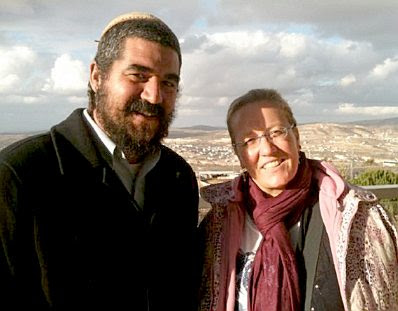 KGS at Tundra Tabloids is live-blogging today’s events, based on reports from Brian of London, who says:

Elizabeth Sabaditsch-Wolff has just met a man CONVICTED of hate speech! He served 6 mnths for “No Arabs No Terror” on T shirt.

See KGS for an extensive report, featuring a lot more photos and a video of Elisabeth and others (in a mixture of German and English).