Denmark is the home of the infamous Mohammed Cartoons, so most people assume it is a haven of free speech. It’s true that Denmark is more tolerant of politically incorrect expression than most of the rest of Europe, but it has laws against “hate speech” on its books, and sometimes they are enforced.

For example, Lars Hedegaard will go on trial early next year for his remarks about Muslims.

Then there’s Jesper Langballe, who pleaded guilty to “hate speech” a few days ago in a Danish court. Lars Hedegaard of Trykkefrihedsselskabet (the Danish Free Press Society) sends this translation of an article at Sappho.dk about the Langballe. 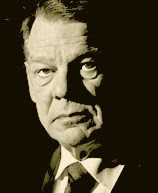 On December 3, 2010 the municipal court in Randers, Denmark found the Danish Member of Parliament Jesper Langballe (Danish People’s Party) guilty of hate speech under Article 266b of the Danish penal code. In accordance with Danish legal precedent he was denied the opportunity to prove his allegation that honour killings and sexual abuse take place in Muslim families. Under Danish jurisprudence it is immaterial whether a statement is true or untrue. All that is needed for a conviction is that somebody feels offended. “With this article in the penal code,” commented Mr. Langballe, “I must be assumed convicted in advance. I have no intention of participating in this circus. Therefore I confess.”

Here is a translation of Jesper Langballe’s full confession in court.

Here at the start of my trial I wish to make a statement that will probably allow us to get home early. My message is that I confess. I plead guilty. And I wish to state my reasons.

I have already expressed my regret that the tone of the newspaper piece that has lead to me being charged was too rash and sarcastic. It did not do justice to the deeply serious issue I addressed, i.e. the terrible honour killings that take place in some Muslim families where a young girl is being murdered by her father or brother because she has fallen in love with the “wrong” man. In Denmark there is an average of approximately one honour killing per year. In Turkey there is an average of one a day according to the Turkish authorities’ statistics.

In addition I have spoken about fathers who look the other way while uncles or cousins rape their daughters. That is a well attested fact. Suffice it to refer to Ayaan Hirsi Ali’s descriptions and here in Denmark to Kristina Aamund’s touching book Mødom på mode (Virginity in vogue) about young people in Muslim families.

That was the factual basis for the passage in my comment in Berlingske Tidende (a Copenhagen daily, ed.). As I am not a lawyer, I had been looking forward to an opportunity to prove my words and thus to shed light over the substance of my remarks — the horrific honour killings. That was why I — as opposed to the rest of my parliamentary group — voted in favour of lifting my immunity as a parliamentarian in order that the trial might go forward.

I have since learned that according to current legal usage defendants in cases brought under Article 266b are denied the right to prove their case. With this article in the penal code I must be assumed convicted in advance. I have no intention to participate in this circus. Therefore I confess. This will also ensure agreement between the verdict I shall be handed in a few moments and the unbecoming article in the penal code according to which I am convicted.

In addition I am facing a libel suit for the statements I am tried for today. And in a libel suit I shall have the opportunity to prove my words. Article 266b’s sole criterion of culpability, however, is whether someone feels offended or insulted — not whether what I have said is true or false. This must be said to be in full accordance with the general “culture of offence” that has taken root and which is so magnificently supported by Article 266b. In certain circles is has almost become a hobby to feel offended — by caricatures in a newspaper, by criticism of religion, etc. etc.

Let my finally address the accusation that I have generalised — to the effect that my remarks might be seen to encompass every Muslim. That is a meaningless interpretation. The mentioning of honour killings in my text refers to the passage that “there are Muslim fathers who …” And the words “there are” can never express a totality but must always mean a subset. Let us assume — as a counter test — that I had written the opposite: “There are no Muslim fathers [who kill their daughters].” Any reasonably knowledgeable person would recognise this as a flagrant untruth.

To sum up: In the clear light of hindsight I do not like the tone in that passage. The truth of it, however, I stand by it completely. And frankly, personally I find the case itself — those gruesome murders of innocent young girls — a good deal more relevant that the question of my failing stylistic abilities.

“Whoever publicly or with the intent of public dissemination issues a pronouncement or other communication by which a group of persons are threatened, insulted or denigrated due to their race, skin colour, national or ethnic origin, religion or sexual orientation is liable to a fine or incarceration for up to two years.

Here is what Jesper Langballe wrote

“Of course Lars Hedegaard should not have said that there are Muslim fathers who rape their daughters when the truth appears to be that they make do with killing their daughters (the so-called honour killings) and leave it to their uncles to rape them.”

Note: President of The Free Press Society Lars Hedegaard is facing criminal trial followed by a libel suit for remarks he made in December 2009. The criminal trial takes place in Frederiksberg Court on January 24, 2011.