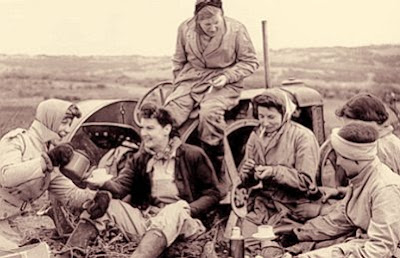 This blog is very much a group effort. It has been that way for several years, and has become even more so over the last six months or so, as the “Counterjihad Collective” reached critical mass and morphed into a pan-European (and even transatlantic) activist network.

Our job is to act as a clearinghouse and information hub for various groups in different countries. We endeavor to bring accurate in-depth information — in translation if necessary — as well as opinion articles and analysis. The video-generating process is particularly valuable, since YouTube reaches a larger audience than text, and is more likely to produce a viral meme.

Our custom during these fundraisers has been to recognize all the people who make Gates of Vienna possible, but this has become a more and more difficult job. There are now literally hundreds of volunteers who play one role or another in the production of material that gets posted on this blog or included in the videos.

I’ll do my best to make a comprehensive list, but I’m bound to leave some people out. If your name should be in one of the groups below, please don’t just feel slighted — email me, and I’ll add it.

First of all, an enormous debt of gratitude is owed to Vlad Tepes, Kitman, and Henrik Ræder Clausen for their marathon contributions to various video projects.

The rest of the lists — contributors, translators, and tipsters — are much longer.

From the Near Abroad:

From the Far Abroad:

The tip jar in the text above is just for decoration. To donate, click the tin cup on our sidebar, or the donate button. If you prefer a monthly subscription, click the “subscribe” button. Our deepest thanks to all those generous readers who continue to support us.

3 thoughts on “A Little Help From Our Friends”