Our Norwegian correspondent Zylark returns with an essay about the persistent failure of postmodern intellectuals to perceive and understand the world as it is, rather than as they would prefer it to be. 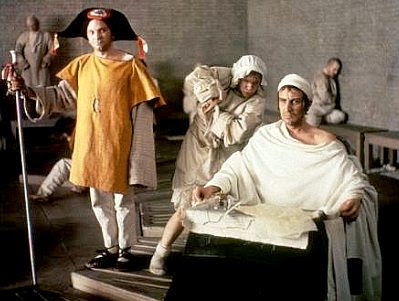 The Dogmatic Denial of Reality
by Zylark

Education is a double-edged sword, especially in the social sciences. It is no secret that most higher educational facilities are dominated by the more liberal professors and other like-minded faculty. It is the prevalent culture.

And that is quite fine, in principle. The campus is supposed to be a free zone, where ideas are to be tested on merit, not prejudice. Which requires tolerance, a mindset ready to admit fault, and not least the recognition that nothing is holy, beyond criticism.

It sounds nice, and in the more nature-oriented sciences, this is how it works for the most part. But in the social sciences it does not. Various social sciences have forgotten about reality, and instead got hung up in their own constructed ideal view of existence. They mistake how they want reality to be for how reality really is.

That is how you can find people calling themselves scientists who claim one’s sex is arbitrary to one’s development and identity. That one’s role and identity in society, not least with regards to one’s sex and sexuality is determined according to learned societal stereotypes, not the genes and sex itself and the inherent predispositions inherited with them.

In this view any girl can behave as a boy, and vice versa. Naturally, however, anyone more inclined to following actual evidence (as a proper scientist would) can tell you that there are some very significant differences in the inherent psychological makeup of boys and girls. It is not a coincidence that boys tend to play with cars, and girls with dolls, generally speaking.

This denial of realities is part of a dogma. It goes under the guise of a liberal intellectual mindset best described as postmodern relativism. That is: all ideas have equal validity. This dogma asserts that all basic understandings of reality, and as a continuation morality and ethics, are equal. Boy? Girl? Doesn’t matter.

A similar situation obtains with regards to the West and Islam. A basic denial of facts. Various intellectuals and politicians alike assume Islam is just another religion, like those practiced by, say, Buddhists, Hindus, or Christians. Strike one. Next they assume religion is by definition a force for good. Strike two. And finally, strike three, they assume Islam can be tamed. They are very aware of the more feral variations of Islam, but they think in some ideal world, when it encounters tolerance, Islam will be domesticated.

Indeed, some even think that when Islam meets the West here in Europe — and providing we Europeans give up a few hard-won freedoms, all will be nice and honky-dory. As the “peace researcher” Johan Galtung claims:

“If we resist, the Islamic future will be hard rather than soft. Immigration, the large movements of people in this time, will bring this along. No one can stop it. And remember, the foreigners in their time were asked to come here, and they came here for economic and historical reasons that no one can do anything to change.”

And this is a world-renowned “peace researcher”! What he is prescribing is that Western Civilization should roll over and die. To submit. We’ve brought this on ourselves, which is true, but we cannot resist, which is false.

Now, I’ve met Galtung on a number of occasions, and I understand his intellectual position. Indeed, many of his ideas and conflict-resolution models have merit. But only insofar as a few assumptions are met. In essence that there are some commonalities between two conflicting extremities that one can work with to create “a third way”. Not a compromise as such, but rather a new way of working together.

His favorite example is of the financier husband and Buddhist wife, who grow apart due to differing world views and interests. The compromise solution, is for each to do his or her own thing. Spelling divorce in the end. His third way is for the husband and wife to start a Buddhist bookshop. Merging the business interest of the husband and the Buddhist interest of the wife. All fine and good so far.

But I do not quite see how you can merge the “Kill the Jews and subjugate the infidels!” interest of Islam with “let’s all be nice to each other, and make a profit!” tolerance of the West…

Yes, pacifism and dialogue worked with Gandhi and the British empire, but in that case both parties were not that keen on actual violence, for various reasons. And neither party was hell-bent on forcing the other to submit to his ideology. Gandhi advocated the same pacifist approach towards the Japanese during WW2 as they came closer to India and looked like they might threaten the British dominion. How likely is it that if the Japanese had been victorious, India would today be a free country? And how long would Gandhi have lived pressuring Japan rather than the UK?

The fact is that civility works only as long as one’s opponent is civilized. In all other cases, only force will work. There are no negotiating with despotism.

Galtung’s hope lies in a benign version of Islam. Here in Europe we spent a few centuries taming Christianity. I don’t think we have the patience to tame Islam.

And most who live in the free world and see how Islam behaves more or less understand that on instinct. However, some with higher degrees in the social sciences still deny reality. They live in their own ideal world of the imagination.

Living in the real world, keeping one’s mind on it, brings a perspective that academia forgets at its own peril.

17 thoughts on “The Dogmatic Denial of Reality”