Many thanks to Anestos Canelides for the following interview with Dr. Zuhdi Jasser of the American Islamic Forum for Democracy.

The American Islamic Forum for Democracy — Friends of America and Freedom

Looking at current events and terrorism throughout the world, it’s easy to believe that all Muslims are a danger to our freedoms, and categorize them as evildoers who threaten us with carnage. This belief is erroneous; the fact is that many Muslims in the United States do not agree with the radical Islamist agenda.

I spent time in Turkey, and was very impressed by how well-treated I was by the largely Muslim population. As their religion grows in the USA, we will see more cultural conflicts between them and the jihadist imams. Realize this — there are many Muslims in America who are very patriotic. They not only support pluralism but oppose Islamic supremacy. Not only is it important to acknowledge the truly moderate Muslims, but we should see them an important asset in the fight against an oppressive religious ideology.

One such group found on the Internet, via Jihad Watch, is the American Islamic Forum for Democracy (AIFD) or www.aifdemocracy.org 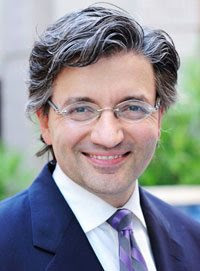 In an email interview I asked Dr. Zuhdi Jasser, the chairman of their Board of Directors, some key questions about their organization and his answers speak volumes. In this war of ideology we must not only acknowledge who the enemy is, but also who our allies are. I consider AIFD an important asset in our struggle to protect the U.S. Constitution and Bill of Rights from those who would replace it with Sharia law. It is my desire that more Americans become aware of great organizations like the AIFD, and help them to obtain their goal, which is to stop the jihadis by educating both Muslims and non-Muslims about the real threat.

19 thoughts on “AIFD: Friends of America and Freedom”