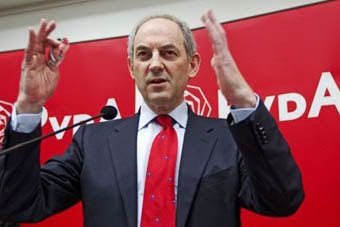 
The aftershocks of last week’s seismic events in the Dutch municipal elections continue to rattle the teacups in the Netherlands. Our Flemish correspondent VH has prepared a report on what’s happening, and supplements it with his translation of an article by the late Theo van Gogh:

Since the vote fraud came to light after the municipal elections in the Netherlands, a lot has happened, including a major reshuffle in the positions of Geert Wilders’ opponents, the CDA and — more importantly — the PvdA.

In Rotterdam the PvdA (Labour party, Socialists) remains the largest party in the city, with a lead of 754 votes after the recount of 220,000 votes. Both PvdA and Leefbaar Rotterdam (Livable Rotterdam, founded by Pim Fortuyn) continue to hold 14 seats each in the city council. Still, doubts about the legitimacy of the elections linger. Marco Pastors of Livable Rotterdam said: “We now know what the results of the counted votes were, but irregularities remain, such as the influencing of people in voting booths.”

There has also been a recount in other cities such as Helmond, Capelle aan de Ijssel, Lopik, Druten, Geldrop-Mierlo and Neder-Betuwe, and even on the island Terschelling. There is no outlook yet on reviews in cities such as The Hague.

Before the elections, Livable Rotterdam (LR) councilor Ronald Buijt made an appeal to his supporters in an email to collect proxy votes. This is similar to the actions of other parties such as CDA and VVD. The PvdA even has a proxy coordinator for this reason.

However, Ronald Buijt also headed an LR group that kept an eye on the polling stations on election day to prevent or report irregularities such as happened in 2006 (and now in 2010). For example, when a concerned LR sympathizer commented on the eve of the elections: “[…] I do not trust the PvdA an inch, isn’t it just terrible that I already think like this? The smear campaign against LR and PVV is so awful; the Left will do everything to prevent a win for LR or PVV,” Ronald Buijt answered: “LR members will be on their feet all day tomorrow […] We’ll check [the polling stations] outside and inside. We have cameras with us and the direct number of the municipal director of election issues. […] We’ll check whether here will be proxies be offered outside, and check inside whether they ask for identification and whether people vote without assistance. […] No repetition of 2006!”

When the call for a recount and even a new election grew stronger, the PvdA picked up that email as a tool to hit back at LR and LR councilor Ronald Buijt, who played a prominent role in the untangling of the election scandal in Rotterdam. Rotterdam PvdA leader Peter van Heemst: “For five days they [LR] have widely reported on alleged so-called abuses, and then they forget to mention this. This is a double standard.” […] Van Heemst called for prosecution: “It is really up to the Public Prosecutor to see whether there is a criminal offense.” [source] The same evening, the OM (Public Ministry) indeed announced that it would investigate LR, not the other parties, nor the widespread election fraud on election day.

However, in the end the PvdA may have shot itself in the foot, for the Public Ministry, due to the outrage over this partisan investigation, and the reporting on similar acts of the PvdA, announced that it would also begin an investigation of the PvdA. 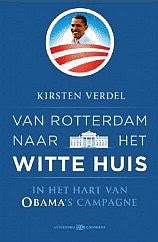 Another scandal may emerge from the handing out of PvdA flyers by the “Youth Promotion Team” of “Your World”, a heavily subsidized organization [€50 million; US $70 million] responsible for all events relating to the selection of Rotterdam as European Youth Capital in 2009. The head of communication is Kirsten Verdel, who was the only Dutch member of the campaign team of Barack Obama. In 2006 she was campaign manager for Peter van Heemst, the party leader of PvdA Rotterdam. In 2009 tax money via Your World was also used for a “Ramadan-tent” in Rotterdam. “With the deployment of the ‘Your World’ promotion team for young candidates in the elections, Your World itself stepped into politics. Organizing debates in which all parties participate, in my opinion, is acceptable. But when subsidized youth go out in ‘Your World’ shirts to help the candidates [mostly from the PvdA] for city council to hand out flyers, then a fairly important limit has been overstepped.” [source: Carel Brendel]

On the national level, when it appeared that the PvdA and CDA were sliding down in the polls while the PVV kept rising, these parties seemingly decided on a major reshuffle. The CDA confined its internal competitor with Balkenende, the more popular Camiel Eurlings, to the sidelines for a while for strategic reasons. Ostensibly because he suddenly preferred to pay more attention to his family. Two days later, for similar strategic reasons and with the same excuse (family), the party leader and former vice PM, Wouter Bos, made way for Job Cohen, the PvdA mayor of Amsterdam.

It now seems that the PvdA put the “joker” Job Cohen on the table in an attempt to focus on the confrontation with Wilders and thereby collect the votes of the frightened left and center-left anti-Wilders camp, without having to carry the weight of the heritage of the previous failed cabinet with them. In this way the PvdA might still become the largest party and grab the initiative out of Wilders’ hands in forming a government with CDA and D66.

The CDA may have parked Camiel Eurlings to the side to preserve him for later use or for later elections. Being a power-addicted party, they might enter a coalition with the PvdA, with whom they still have a bone to pick, and turn the first convenient moment into payback time and then push Camiel Eurlings forward. Another possibility is that when Balkenende cannot become a PM in a PvdA-CDA government, he might still make way for Eurlings.

Joost Niemöller writes: “The left is already celebrating the victory after the announcement that the Cohen will pull the cart. Polls show ‘we’ all want Cohen as the new prime minister, the savior of the fatherland. I had already predicted this a few times before, though I had not foreseen the move with Cohen: the Labour Party will all be back on stage.” Niemöller also points out that the elections in one way may be too early: “His PVV is not yet represented in the Senate […].” The election of the provincial governments [Provincial Councils], whose members choose the members of the Senate, will be held in the spring of 2011. All laws and measures decided by government and approved by parliament must pass the Senate for approval. This will be difficult as long as the PVV has no strong representation there.

Cohen as a lame duck

On the other hand, Job Cohen leaves an Amsterdam in a sorry state: “Amsterdam counts in absolute numbers the most Moroccan criminals: 2497 of a total of 14,844 arrested criminals nationwide, 15%. Taking into account the population numbers, the KLPD [National Police Service] has compiled a ranking of the “gravity of the Moroccan-problem. Amsterdam occupies the first place, Gouda second, Utrecht third.” [source]. In addition, the Chief of the Amsterdam Police, Bernard Welten, has stated that he is frustrated in his job by Mayor Cohen [and (former) interior minister Ter Horst].

Also the three-billion-euro disaster of the drilling of a metro-tunnel underneath 17th-century Amsterdam stains his reputation, for he could not care less about the risks it involved: “That is not part of my role as mayor,” he told the board committee investigating the construction of the line, and: “We simply have no knowledge of such things”.

Most of all, Cohen has the stigma of cowardice, a dhimmi, a “tea-drinker”: After each jihad attack or uproar in “his” city by Muslims, he went to a mosque to have tea and “talk it over”:

More about Mayor Cohen from the late Theo van Gogh, as translated by VH:

[October 22, 2004] Today I was reading in the newspaper De Telegraaf that Mr. Abou Jahjah [leader of the Arab European League] is considering leaving Belgium, although he thinks he “maybe needs five years to teach the ropes to his successor in the AEL.” Abou is embittered: he got only 1400 votes in the last elections, and considers the Flemish people beneath his dignity.

Abou Jahjah: “God was not generous to Flanders when he was handing out intelligence. They have always been a racist people.” I found that nicely said, as it also was very instructive to read that monseigneur sees each dead American soldier as “a victory”. As a prophet’s pimp, one cannot aim high enough.

You might say, a religious fascist who wants to introduce Islamic law — with all the consequences for unbelievers, Jews, gays, women and apostates — is not someone with whom you would take the trouble to enter a debate. I still remember very well the slip of Abou’s tongue when he said that the heretical Ayaan Hirsi Ali needed to be “locked up”.

It was not clear whether this shoeshine boy of Allah meant that madam should be locked up in the asylum or behind bars, but I don’t think she’d still be walking around for long if the high blissfulness of the Sharia were introduced here.

Someone who thinks that Mr. Jahjah wants the best for us is the mayor of Amsterdam, who publicly exchanged views with him, and as a reward was told afterwards: “Finally a politician who understands me!” A wonderful compliment; Cohen must have been very proud of it. In being a peddler with ambitions you’ll do anything to — I quote — “keep the group together.” It is therefore a pity for Cohen that it once again was precisely Moroccan boys who pestered a native out of the neighborhood. This happens everywhere in Amsterdam, but because De Volkskrant paid attention to it this time, the issue became politics.

The Amsterdam police have no interest in coming to the aid of indigenous people who are threatened by an increasingly aggressive minority. And certainly not Cohen. When the co-religionists of Mr. Jahjah eliminated nearly three thousand Americans in the WTC, the first stroll of our mayor was to the mosque. In schools, mosques, everywhere in Amsterdam there were celebrations for this wonderful victory over Satan. Cohen therefore crawled on his knees for the believers and reasoned: “You are part of us!”, instead of asking: “What are you actually doing here?” Cohen behaves as a mayor in wartime, and I don’t mean that as compliment. His presence demoralizes the city and sets groups against each other.

According to the great thinker Frits Abrahams [a left-wing dhimmi columnist of NRC Handelsblad], Cohen is “a democrat through and through.” I suspect that our mayor is a treacherous cynic — not a bad attribute for someone who wants to become prime minister — and a born opportunist as well. And I wonder how long natives will still be welcome in Amsterdam.

Note: the above op-ed was written just eleven days before Theo van Gogh was murdered by the Moroccan-Dutch Muslim fanatic Mohammed Bouyeri.

3 thoughts on “The PvdA Jockeys for Position”