Our German correspondent maggieTh sends along his translation of a news article, and includes this introductory note. 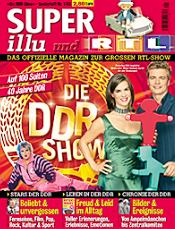 Today, the Financial Times Deutschland published the data of an Emnid poll, as given in the Bild-Zeitung.

As of today I know what I have to have fear in Germany. It looks like the Anglo-Saxon nations shouldn’t have left this inherently socialist nation in 1949, but rather remained for at least two generations and trained this country in a free economy.

Since the breakdown of the debt-ridden German (and EU) economy is going to occur even if it takes a few years, the road to serfdom is clear to see and seems inevitable.

I’ve got bad news for maggieTh and anyone else in Germany who thinks the USA would have put a roadblock in Germany’s path to Socialism: we’re heading down the same road to serfdom ourselves. The United States got a later start than Europe, and that’s why we’re so far behind, but Obama has put the pedal to the metal to ensure that we catch up as soon as possible.

If work, security, and solidarity were provided, up to 80% of German citizens could reconcile themselves the Marxist form of government, according to a poll. It also says that one in twelve is willing to sell his vote.

A large majority of Germans, according to a poll, could imagine living in a socialist state, as long as jobs, solidarity and security were provided.

The occasion of the survey was the broadcasting on Sat.1 of the two-part film “The Border” [Die Grenze]. One of the results was that one in four people would under certain circumstances support the rebuilding of the wall between West and East Germany. 23% of the East and 24% of West Germans found that “it is sometimes desirable that there the wall were still in place.” 15% (east) and 16% (west), according to the report even think: “Nothing better could happen at all.” According to Bild every seventh East German, and every twelfth West German would sell his vote for €5,000 to a party of any political affiliation.

22 thoughts on “Nostalgia for the Socialist State”