The press of current events has delayed the publication of the second translation sent in by our Portuguese correspondent Afonso Henriques about culturally enriched criminals (mostly from Brazil) in Portugal. The following article was published in Correio da Manhã on February 25th, 2010:

Southern Bank of the Tagus

An investigation of the DIAP and the GNR [National Republican Guard] itself reveals corruption. A military man of the GNR demanded money from a suspect, who was then shot three times by the Sandro “Bala” (Bullet) group. 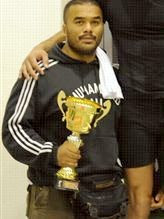 The intervention of the GNR captured “Wilson” and other Brazilians by surprise in a bar in Costa da Caparica on the 8th of December. Taken to the local police post to verify who was legally in Portugal, the military man R. rapidly separated Wilson from the others. The military man told Wilson he knew who he was, that the Brazilian police were looking for him for crimes he had committed in Brazil — and, that in order not to arrest him there, he wanted money. Wilson told the military man that he did not have money, but gave information about the traffic of drugs in Caparica, controlled by Sandro “Bala” (Bullet). The military man R. released him — and four days later Wilson was shot three times.

Wilson was not counting on the connection between this military man of the GNR with the group of Sandro “Bala” — along with the military man, Jorge Teixeira, of the same police post, is suspected of criminal association, extortion, and aggressions. Because of this, according to the investigation of the GNR and the PSP [Public Security Police], coordinated by Special Unit of the DIAP of Lisbon, which dismantled the group, Wilson told the military man R. of the great quantities of drugs sold by “Bala” and his friends. The military man did not want the information, but told Wilson to leave and never appear again in Caparica. Wilson did not do what he was told and on the 12th they tried to kill him with eight shots, of which Wilson took three.

General Command of the GNR

The CM [Correio da Manhã — the newspaper] tried yesterday to contact the General Command of the GNR to obtain reactions to these suspicions, but that was not possible before this edition went to press.

Brazilian Jiu-Jitsu is an adaptation of the Japanese martial art: techniques of locks and pressure in order to tear the adversary down.

“Bala” Will Be Judged

Sandro “Bala” escaped to Brazil, but he will be judged in Lisbon on March 11 for other cases of aggression.

Hélder Varela, “Bomba” (The Bomb), possesses abnormal strength made possible by the practice of Jiu-Jitsu. And it was with just his fists that, according to the investigation of the PSP and GNR, he killed a man on November 29. The victim had left the club Ondeando in Corroios, on the Southern Bank of the Tagus, and saw that one of his car’s mirrors was broken. “Bomba” came up to him, asked if he had seen him “breaking the mirror” and gave him two punches in the face, which left him in a coma. The man died on December 11 in the hospital. The Inspector T.F., from Combat Corruption, was luckier when he crossed with “Bomba” on April 17 last year. The policeman was walking in Odivelas, in his way home, when “Bomba’s” Audi convertible almost ran over him. After a discussion, the inspector was punched in the face and spent a day in the hospital.

After walking out of the GNR post, Wilson convinced himself that Sandro “Bala” would know about his conversation with military man R. about the drug business of the master of Jiu-Jitstu martial art and, four days later, on the night of December 12, Wilson was in a bar in Caparica when he saw Sandro “Bala” coming in. Later, he crossed a corner next to the club Renhau-Nhau and saw Wanderley Silva, an accomplice of “Bala”, who shot at him with five pistol shots, missing with all of them. Wilson ran, but, close to a hotel, he was surprised by Miguel Ângelo, another member of the group, who shot him with three shotgun blasts. The victim was injured in the back and upper arms, but recovered after lengthy treatment in the hospital.

The translation of the first article in this series is available here.