I’m reporting on this incident (first mentioned in last night’s news feed) because it happened our extended neighborhood. Wytheville is a small town in the mountains of Southwest Virginia, a few hours’ drive from here.

Yesterday a gunman walked into the Wytheville post office, fired some shots, and took hostages. If this had been jihad-related, the outcome would likely have been much worse. As it is, the suspect released the hostages after a few hours and was take into custody. His only demand had been for pizza, and he didn’t shoot anybody.

According to The New York Daily News: 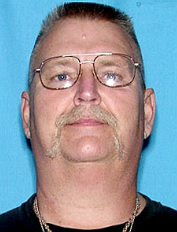 A gunman with a wheelchair who turned the Christmas holiday into a frightful ordeal for a small community in western Virginia has surrendered, police say.

According to police, Walter “Gator” Taylor of Tennessee exited the post office late Wednesday night in his wheelchair after keeping local law enforcement at bay for nine hours. Three hostages also emerged from the building.

Taylor — who is missing one leg and wears a prosthetic — entered the post office Wednesday afternoon with a black duffle bag, said Wythe County Sheriff’s Office Chief Deputy Keith Dunagan. He then fired a gun, kicking off the hostage situation.

It was initially reported that there were five hostages. However, it was later determined that only three people were inside after several others escaped.

According to Dunagan, Taylor’s only demand was for pizza. His motive for the incident remains unclear.

But according to a more recent account in The Roanoke Times, Mr. Taylor’s motive is now quite clear, and is on the public record — he was mad at the federal government:
– – – – – – – – –

The 53-year-old disabled man accused of holding three hostages Wednesday night in an eight-hour standoff at the Wytheville Post Office told investigators he had planned to create his disturbance in Roanoke and that his motive for the attack “was a result of his growing anger towards the Federal Government about a variety of issues,” according to an affidavit filed with the criminal complaint against him.

Postal Inspector J. David McKinney wrote that Warren A. Taylor of Bristol, Tenn., left his home about 9 a.m. Wednesday with the intent of traveling to Roanoke.

McKinney testified that: “Taylor stated he packed his vehicle with handguns, and mock explosive devices. Taylor indicated he had been planning this event for months or years in advance. Taylor indicated that his motive for his incident was a result of his growing anger towards the Federal Government about a variety of issues. Taylor indicated that he got tired while traveling from Tennessee to Roanoke, Virginia, so he stopped for gas and food in Wytheville, Virginia. He stated that he then made a decision to ‘end it’ at a Post Office in Wytheville, Virginia. Taylor admitted to firing one of the handguns he was carrying numerous times in the post office and also admitted to holding the hostages, according to the affidavit.

Urbanski said that once a competency evaluation is complete, Taylor will be returned to court.

Taylor rolled into court in a wheelchair. His left leg was fitted with a prosthesis he described as partially made of Kevlar. Urbanski noted that the heavy-set man suffers from diabetes and other health problems and suggested he be transported as soon as possible for evaluation.

Aside from confirming he understood his rights and the purpose of the appearance, Taylor spoke only once.

“I’m sorry I got everybody out on Christmas,” Taylor said.

The standoff ended peacefully around 11 p.m. Wednesday after Taylor released the hostages and surrendered.

As most of you will remember, last month Maj. Nidal Hasan massacred thirteen people in Fort Hood, Texas. Maj. Hasan’s motive was clear: he was waging jihad to kill infidels in the name of Allah. For years he had expressed his sympathies with Islamic terrorists, and had even been mentored by the Al-Qaeda terrorist Anwar Awlaki, who was recently killed along with other terrorists in Yemen.

Yet we were enjoined by our leaders in the government and the military “not to jump to conclusions”. The party line emerged immediately after the massacre: “Maj. Hasan’s real motives may never be known.” That’s our story, and we’re sticking to it. We’ll do anything to avoid using the I-word.

Do you think the government and the media will be as reluctant to jump to conclusions about Gator Taylor? His motives are no more nor less obvious than those of Maj. Hasan, so surely he deserves the same tolerant consideration as the Butcher of Fort Hood. However, Mr. Taylor is now certified as a right-wing terrorist, which makes him fair game.