The following account was written by our frequent lurker in Oklahoma. He often sends his observations on life, politics, and the posts on Gates of Vienna. His reflections are frequently cogent and always entertaining. He can’t be lured into commenting live, however.

This chronicle of his business activities is informative. With some minor differences, it reflects the larger reality of commerce in this country at the moment.

I would tell you to read it and be concerned, but you already are. So may I suggest that we look at it and request a new reading at the end of next year? It may be the case that liquor stores are exceptions to the rules of the rest of the world of trade. If things are down now, will they not go up as folks get more and more despondent? Or will spirits be viewed as a luxury, something to be pruned from the household budget until “things improve”? 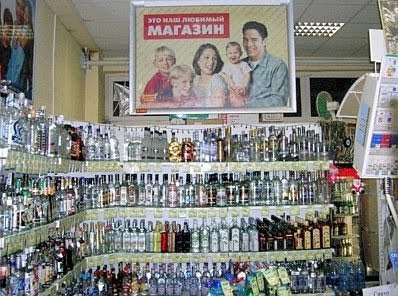 I’ve wanted to write this for some time. It is basically a description of some of the sales patterns of my store and what I think those patterns say.

My store, with an approximately 1600 sq.ft. sales area, is small by most standards for liquor stores. Stores built lately are about 5000 sq.ft.

I went into business in October 1994, and operated the store with part-time help until finally taking over on a full-time basis in December 1999.

When I first opened, my sales were pretty much split evenly among the principal forms of payment: cash, check, and credit card. But times change, and with them customer buying, and thus, payment options change as well.

But first allow me to digress and give you some background.

What I am attempting to portray is an affluent area and neighborhood. Using hard numbers on median house prices wouldn’t be reliable as those vary so much from state to state. However, looking at customers’ jobs and professions gives you the context of this place.

Returning to the store itself:
– – – – – – – – –
When I began full operation of the store, I started to pay closer attention to some of the finer details and some of the changes over the seasons. I’d noticed that the percentages of each method of payment would shift. Credit card and cash payments each comprised 40% of my income; checks accounted for the other 20%.

This pattern held through all months with the exception of December. In December, cash sales were about 50% of the total. Checks were still 20%, while the credit cards had dropped to 30% of total sales. It appeared to me that my customers were more frequently making Christmas purchases for liquor in cash, with money they had in hand. I am assuming here that they were using the credit cards for the really big stuff.

This pattern continued for several years. With each passing year, however, there was a change within the pattern of payment choice. This in itself was a pattern: payment by check decreased, with a corresponding increase in credit card sales. Cash purchases remained the same.

In mid-2004 I stopped accepting checks for two reasons. First off, too many checks were bouncing for insufficient funds. Second, customers were beginning to use the procedure to “kite”‘ checks – for example, writing the check and then requesting that I hold on to it until payday. It was more than inconvenient.

So with checks gone from the equation, the payment methods were pretty much evenly split now between cash and credit cards through the rest of the year and continuing into 2005 through most of 2007.

In December of 2007, an abrupt change occurred within the sales pattern: credit card sales increased substantially. Reviewing my numbers from that month two years ago, I can see that 64% of my sales were credit card purchases.

In January of 2008, this December 2007 sales pattern continued. Instead of being a seasonal fluke, credit card payments continued to dominate. The method of payment has never returned to an even split.

By December of 2008, another pattern emerged. Credit card sales increased yet again, this time to 76%. Cash now accounted for only 24% of sales.

The sales pattern reverted in January 2009 to a modified version of 2008. Now 66% of my sales were paid with credit cards, the remainder in cash. This pattern has varied little all year. Credit card sales are never below 64% and never above 70% of total sales.

These sales patterns are what I wanted to tell you about when you began writing the financial essays you posted at the end of 2008 and the beginning of 2009.

Now with November 2009 behind me I can see a larger picture and a different pattern of sorts. Not about purchase patterns (cash vs. credit) but about the variations in year-to-year sales.

The area in which my store is located has developed over the years. More and more people are moving here. And with the increased populations comes increasing sales. My usual growth rate was about 7% or 8% per year.

I also keep track of month/month comparisons from preceding years as well. For example, compared to the preceding year, January 2009 sales were up about 20%. February thru April were pretty much level. The period of May, June, July, and August saw increases in sales from 21% to 15% above the preceding year. September and October were back down to an increase of 8% and 7%, respectively.

Sales for the Thanksgiving week were about the same as last year’s Thanksgiving week. However, now that November is closed, my sales were down a full 10% from last year. Being busy with day-to-day operations, I couldn’t see it at the time, but now I know that during the month of November, something bad happened all over Tulsa.

The manager of a Wal-Mart super center comes into my store, and his black Friday was 10% lower than last year.

The general manager of a major air cooled exchanger manufacturer just came in. He bought a half-gallon of whiskey he said he was going to drink tonight because he’d just written an annual report to the owners in Germany and told them the truth. All he told me was, “it ain’t pretty”.

As I said, my store is a very small store. And I’m sure that the people on Wall Street couldn’t care less what I say is happening in my store.

However, it doesn’t matter what they think or what they think they know. Small businessmen across the country can tell them what people like me know without a doubt: the economic slowdown has finally arrived.

Hard times are headed to Tulsa.

3 thoughts on “The Economic Slowdown Arrives in Tulsa”