Ummm…I offered to do the Health Club update for the Baron. As in: if our health doesn’t improve soon, he’s got a club handy.He’s doing most everything while we sleep and sleep. And sleep.

Our family doctor left a voice mail this evening saying she’d looked at my x-rays and I don’t have pneumonia. She has old x-rays for a comparison and what looked like pneumonia at the Emergency Room appears to be scar tissue to her.

However I think I’ll stick with the antibiotic the ER doc gave me, thankyouverymuch. For one thing, my fever is receding. It’s such a relief not to feel hot and uncomfortable all the time.

For another, it may be this drug which is allowing me to sleep a lot. Same for the fB – we both keep having naps, numerous naps. You know – like they do in the Army? Soldiers sit down for any length of time, they sleep right there since they don’t know when they’ll get another chance. Of course, our war is just against the horrible organisms clogging our lungs. Nothing like what they’re suffering in Afghanistan, but for those of us in the trenches it feels similar. A kind of “what-am-I-doing-here?” disconnect. 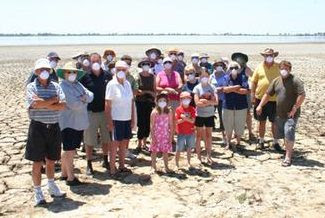 Like soldiers would, you start to lose track of the days. Hard to believe that the fB has been slogging away for a month now, a lunar month anyway. I can figure this part out because he was to have started work Monday morning four weeks ago. He’s gone from his initial deep distress about letting them down and “what-if-they-give-my job-away” to being too sick to care. He’s not yet back to fretting; an obvious indication he’s not well enough to go anywhere soon.

Does anyone know if there is a difference in the actions of identical generic drugs?

– – – – – – – – –
The reason I ask is that we got the narcotic cough medicine at a different pharmacy than usual and it’s made me quite itchy. It’s never done that before. I looked on the label but didn’t see a manufacturer so I thought perhaps this place, a big chain versus our usual small pharmacy (which isn’t open on Sunday night), might use a different brand of generic.

Oh, and the pharmacist had to give us pills to break in half because that’s the only kind he has left. He says there’s a shortage of most cough meds now, liquid and pills. He was apologizing to the Baron, but the B said we’re grateful there was anything in stock at all. I suppose as the season wears on spot shortages will occur here and there.

I’ve reached the point in this illness where I can smell something bad in the refrigerator but I’m not well enough yet to bother finding out what/where it is. Since it’s not going anywhere until I’m better – the B can’t smell anything – I’ll just wait till I have the energy to contemplate the science projects currently growing in the cold dark cave. Sickness can produce the strangest indifference and ennui.

I have developed a yen for an old childhood favorite, which the B thinks is gross: crunchy peanut butter-banana-and jelly sandwiches When I’m well, bread isn’t part of my diet but at the moment to heck with it. My 4 a.m. sandwich construction was going okay until it came to the jam. Darn jar wouldn’t open for anything so I used Sambucus elderberry cough syrup instead. Regular cough syrup is awful, but this Sambucus stuff is pretty good. Wish I had some ice cream for it.

Gosh, our readers are a patient bunch. Where else could we go and drone on about our illnesses?

9 thoughts on “Sambucus Will Do in a Pinch”